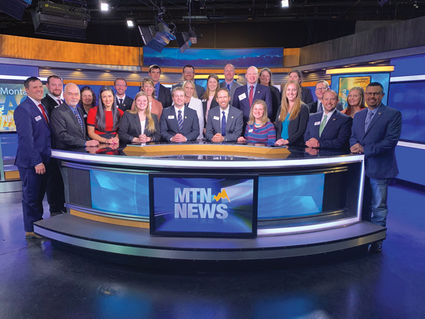 Sidney resident Joel Krautter, has returned from three days in Billings with the REAL Montana (Resource Education and Agriculture Leadership) program. For Krautter and other members of REAL Montana Class IV, this was the second seminar in their two-year educational journey.

The focus of seminar two was media and communications. While in Billings, class members received individual training on vocal control and how to handle challenging interviews, participated in 13 live television and radio interviews, and took part in editorial meetings at the Billings Gazette and KTVQ news. The class learned tips for engaging on social media and how to get a story in the news with representatives from the Western Ag Reporter, Montana News Network, Yellowstone Public Radio, and LW Consulting. Media professionals hailing from ExxonMobil, the CHS Laurel Refinery, and NorthWestern Energy conducted a crisis management panel, and the group learned how to be effective in Washington D.C. in preparation for their February trip to the nation's capital. A highlight of the seminar was a networking banquet at Stacked- A Montana Grill, where it was announced that Class IV will be traveling to Spain and Morocco in October of 2020 for their international experience.

"I enjoyed learning about best practices for doing a TV interview and touring the Billings Gazette and KTVQ newsrooms was also an informative experience," said Krautter.

REAL Montana is funded through a partnership with Montana State University Extension.