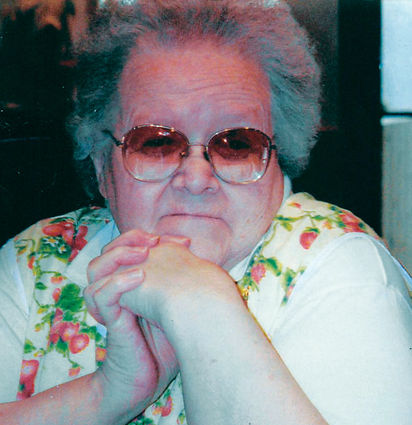 Betty Lou Goldsmith Wilson was born February 2, 1935 on Ground Hog's Day to Everett and Ruth (Clark) Goldsmith at home southeast of Fairview, Montana. She only weighted 4-1/2 pounds at birth, and slept in a dresser drawer.

Betty went to grade school in Ridgelawn and Crane, and then graduated from Sidney in 1953. After graduation Betty worked at the Co-op Café, babysat for her sister, and then worked at the Snowflake Bakery.

On December 27, 1967 she married LaVern Wilson, and became a housewife on the farm they shared west of Crane.

Betty loved to play Bingo, crochet, color, draw, do word puzzles, cook, bake, do crafts, and attend class reunion lunches once a month. She will be greatly missed by many.