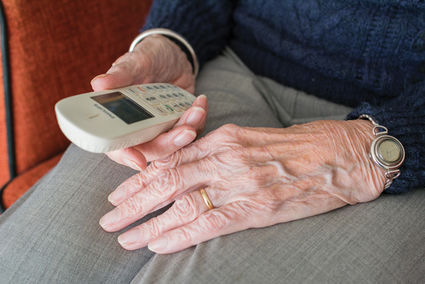 Multiple accounts of scam calls have been reported to Montana's Senior Medicare Patrol (SMP). Just this month seven Montanans, believing that they were talking to Medicare, gave out their Medicare numbers. Those calls included "your Medicare number is invalid" and "Medicare is replacing cards with one that has a chip reader," and in all cases they asked to confirm the current numbers.

A direct result of people's Medicare numbers falling into the wrong hands in the more than $21,000 in documented fraud cases sent on to the Office of Inspector General this year by Montana SMP, with two more cases being compiled as this goes to print.

Nationally, the Centers for Medicare and Medicaid Services calculate fraudulent telemarketing and DME supplies at $60 billion in fraudulent Medicare payments each year. While the rollout of new Medicare cards better protect recipients, it does not protect Medicare.

Two of the Montana residents scammed this month also shared their Social Security numbers and bank account information in addition to their Medicare numbers.

"Once your Social Security number is out there, it's a lifetime of monitoring," Renee Labrie-Shanks said, Montana SMP's Program Manager.

If you receive a call asking for personal information, whether it be from Medicare or any source, always err on the side of caution. According to Montana SMP, if something is urgent it probably isn't legitimate. Gather more information and hang up. Never call the number back that was given, but rather look the number up independently either in a phone book or on the Internet.

If you're really suspicious and want to know if they are legitimate, or if you have given out personal information and it has to do with healthcare, please call your local Montana SMP at 1-800-551-3191.