Sidney Wrestlers Win Back to Back State Titles 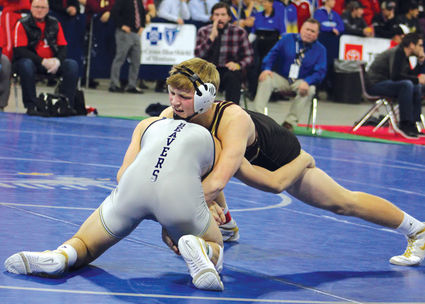 Riley Waters scrambles for position in the State Championship match at 160 pounds. Waters won the match to claim the title. (photo by Erin Graves) 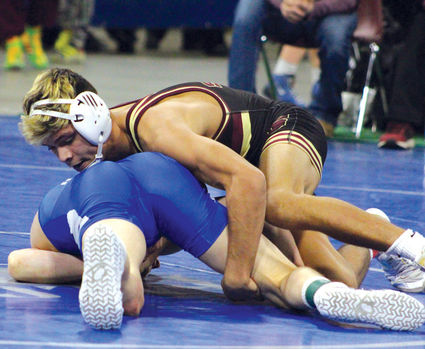 Christian Dean looks for the take down in his match at the Montana All- Class High School Wrestling Tournament last February. Dean won the 138 weigh class. (photo by Erin Graves)