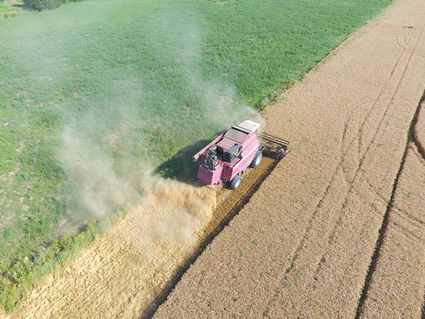 I cannot accurately explain the 2019 harvest season because this is a public paper and the use of profanity is not allowed. To put it as politely as I possibly can, I think I will use the adjective horrible. With that being said, though, there are areas of the state where it was worse, but not by much. I think the fact that the county commissioners have decided to ask for a disaster clarification speaks for itself.

2019 marked my ninth harvest season in Richland County and I have witnessed just about every type of harvest scenario imaginable. Most years, our producers are able to get their crops out of their fields in a fairly timely manner and most years those crops do fairly well. That certainly was not the case this year, and to make matters worse, crop prices were not as great as they have been previously.

Usually, even when other crops are not faring so well, our sugarbeet producers are still able to harvest a good crop. Sugarbeets, after all, are irrigated and typically a lack of moisture is what leads to a lack of production in most other crops. The struggles that our sugarbeet producers have faced this year have been well documented. From a late start to harvest to fields that were too wet to extreme temperature fluctuation, even some beets that made it to the pile yards did not store well and as such are now having to be removed from the production chain.

Our small grain producers did not fair so well either. There were a few people that were able to get their grain out of the fields earlier and did not have the quality issues that most had but there were not very many people in that boat. For the most part, producers were late being able to get combines into fields and, as such, small grain quality just continued to diminish. Poor quality grain that had started to sprout in the field was more the norm than the exception.

Corn and soybeans rule the Midwest and we are starting to see Richland County producers take more advantage of the marketing availabilities for these crops. I honestly do not know how our soybean crops fared. The corn crop on the other hand, was probably less than stellar. Both silage and grain corn harvest was slowed.

Producers with pulse crops (beans, peas, lentils, etc..) in their fields fared somewhat better than others if they were able to get to their crops in time. As these crops are typically harvested earlier than most others, there was a window of opportunity to get them harvested prior to the untimely rains. But, as with the other crops, not everyone was able to take advantage of the good weather.

Even our hay crop did not fare so well. It was a great spring and the first cutting for the most part came off in good condition. But as the season wore on and the rains started to pick up, much of the hay that was stacked and/or left in the field continued to get rained on and quality suffered.

Safflower is a crop that we continue to see more of in our area and it's a crop that likes moisture and takes a little longer growing season so it is usually harvested later. But not this late. While most of it is harvested now there is still some safflower standing and waiting to be harvested and the quality, like every other crop is suffering.

I realize that this is not the generally cheery outlook for the harvest season as it was definitely a test of our farmers' will and fortitude. But to put a little bit of a positive spin on the season, there were not any major accidents or catastrophes that I am aware of and for the most part those buying the grain have still been able to take it and sell it. Hopefully 2020 will be better for all involved.