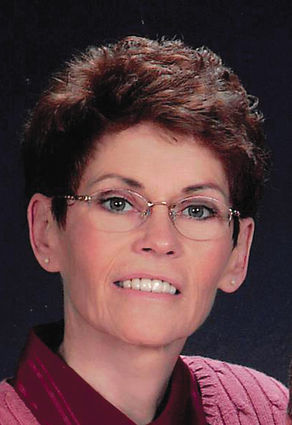 G’Nell Sundheim passed away at home surrounded by her husband and daughters in the early morning on Sunday, Dec. 29, 2019. G’Nell fought a long and courageous battle with cancer. She will be greatly missed by all of those who knew and loved her.

G’Nell was born in Sidney, MT on Oct. 10, 1955. She was the second of four children born to Harry and Helen Schmitt. G’Nell worked various jobs throughout her young life. Her very first job being at the Centre Theater, which fit well with her vivacious personality and where no person was a stranger to her. G’Nell graduated from Sidney High School in 1975. She then attended Beauty School in Havre, MT to obtain her cosmetology license. G’Nell was able to balance her work life and family life as a hairdresser. She was a dedicated mother first and foremost. She treasured her daughters; they were her pride and joy. G’Nell especially loved her role as GeGe. To say she spoiled her grandson is an understatement. One of the first words she taught Jonathan was “shoppin”. On one visit to Bismarck G’Nell had him chanting, “Dollar Store, Dollar Store!” G’Nell’s mothering was not limited to her daughters. She included the girls’ friends to the point they nicknamed her “Big Nell”.

In the spring of 1984, her knight in shining armor came driving up in his ‘68 Corvette and swept her off her feet. Favorite dates for Jerry, G’Nell and the girls were riding in the Corvette. The love of her life and best friend eloped to Havre where they were married on July 5, 1984. Gerald and G’Nell resided on the family farm in Fairview for 21 years until his job relocated him to Colstrip in 2004.

G’Nell was meticulous in all aspects of her life. She kept an immaculate house. It was not uncommon to hear her whistling while vacuuming at 1 a.m. Her attention to detail was obvious in her hardanger and crafting. She enjoyed gifting her beautiful works of art to family and friends. G’Nell was especially proud of the Christening gown she made for her grandson which received top honors at the Richland County Fair.

A celebration of G’Nell’s life was held for the family at Fulkerson-Stevenson Funeral Home, 315 2nd St. NW, Sidney, MT on Thursday, Jan. 2, 2020 beginning at 6 p.m. The funeral was be held at St. Matthews Catholic Church, 219 7th St. SE, Sidney, MT, on Friday Jan. 3, 2020. Cremation took place after the funeral with interment to follow at a later date.

In lieu of flowers, donations are welcome in memory of G’Nell to the American Cancer Society, Billings Clinic Cancer Center, or Bismarck Cancer Center. Online condolences may be expressed through http://www.fulkersons.com