The Music Of "Seffarine" Coming to Sidney Feb. 6 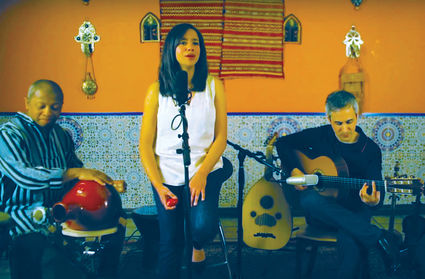 The Northeastern Arts Network proudly presents the music of "Seffarine" as part of their Big Sky Concert Series on Thursday, Feb. 6, Sidney.

Seffarine takes its name from the ancient metalworking square in Lamiae's home city of Fes, Morocco. Her family is well known in the Seffarine as master metalworkers continuing the tradition today. The square dates back to the 9th century and is famous for the complex rhythms that can be heard from the blacksmiths' hammers.

In 2015, Seffarine was awarded a grant from the Regional Arts and Culture Council to travel to Spain to record their original music in collaboration with living legends of flamenco music, including Diego del Morao and Tomasa La Macanita. The record gained Seffarine international acclaim when it placed in top world music charts around the globe, including Afribuku's Top 13 African Releases and the Transglobal World Music Charts.

The Big Sky Series is made possible in part by the Montana Performing Arts Consortium Presenter Development Program, which is supported by grants from the National Endowment for the Arts, Montana Arts Council, legislative grant from Montana's Cultural Trust, and WESTAF.