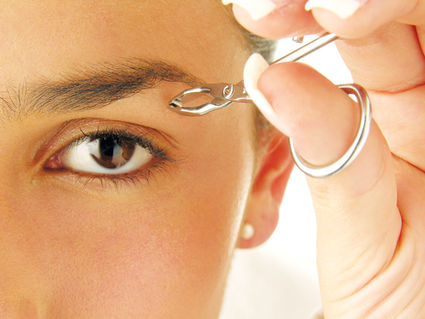 One of the newest trends in the beauty world seems to be getting bigger and more popular. I'm sure you've heard of microblading or brow powdering. But do you know the nitty gritty about it?

Microblading is a pretty interesting advancement in eyebrow care and management. One source put it this way; long story short, you basically don't have to use brow products anymore.

While experts say it's normal for eyebrows to thin out as you age, that's not typically the appearance most people aim for. Microblading is a great way to fix that. It's also great for people with skin diseases like alopecia, those who experience hair loss from chemotherapy or other situations that have caused hair loss.

Microblading is a form of semi-permanent tattooing. A tool that is made of tiny, fine point needles is used to scratch and deposit the pigment simultaneously under the skin. While it sounds like it would be painful, a topical numbing cream is applied prior to the procedure. It's said to be comparable to having your eyebrows threaded.

Typically, before the procedure, the esthetician will draw them on first so you can see what they will look like and if you're happy with what they are going to do. One of the positive things about microblading is that it can be done whether you have no eyebrows at all, light color, dark color, ultra-fine or any other imaginable eyebrow type.

Microblading creates a natural looking brow. Custom colors to match your natural brow color are also available. Several shades can be used to create a multidimensional and real looking brow. Since the process is a semi-permanent tattoo, you might be wondering how this differs from traditional tattoos.

The tool used to perform microblading allows estheticians to create thinner, more precise, hair-like strokes that aren't as deeply engrained into the skin like tattoo guns do.

So, what should you expect for your first microblading appointment? To begin with, expect the appointment an hour or two depending on the esthetician you go to.

The salon, spa or business providing the service will have a sterile room with a bed for you to lie on during your procedure. They'll first start by creating superficial cuts in and along the brow. Following that, the pigment will be deposited so it can seep into the hair-like slits that were just created. The pigment used also differs from tattoos, as it is only semi-permanent. Because of that, your body will end up metabolizing it. The dye particles are also less concentrated than the ink used for tattoos.

One thing that can't be stressed enough is the importance of aftercare following a microblading procedure. A few tips for aftercare include: not getting them wet or sweating profusely for a week following your appointment, cover them with ointment if you are going to work out, not to pick any scabs that may form from the tiny cuts and avoiding any glycolic acids as they can cause the pigment to fade.

You may wonder, what are the benefits of microblading? The list seems to be extensive but some of the top benefits are the reduced time it takes to get ready, not having to worry about them smudging or smearing, they last for one to three years with minimal touchups necessary, it creates a natural looking brow, the pigment doesn't change color it only loses saturation and it's very safe as well as minimally invasive.

While it may seem like a big financial hit, some see it as cost saving. Microblading can cost anywhere from $500 to $2,000 depending on where you have it done. Although many take into consideration the cost of good brow products, how it adds up over time and how much time you put into doing them yourself.

Another popular and new option in brow management is called powdering or ombre powdering. While it's like microblading, there are differences.

Powder brows are meant to create more of a powder look similar to topical powder makeup. Powdering differs from microblading in the fact that it isn't used to create hair-like strokes. Powdering is best for those who are looking to have a solid looking brow or those who have brows but want a base color.

The procedure of powdering is not painful either. A topical anesthetic is used during the procedure so you'll most likely only feel a slight pinching sensation. Expect to have darker brows to begin with although the color will fade in about six weeks, leaving you with the ideal brow that you desired.

One of the best parts of powdering is that the results are immediate. As with microblading, it's very important to follow the aftercare instructions given to you by your esthetician. With powdering, you should expect about a month for healing. It's also recommended to avoid having it done during the summer as the heat can cause pain and discomfort.

Ombre powdering is one of the newest shading techniques available. This method is less costly ranging from $200 to $400. One of the benefits of ombre powdering is that it's 100% customizable. This technique is great for anyone who wants to achieve a soft, natural look.

This method works by creating pixilated dots that mimic powder filled brows with no harsh outlines. The procedure is also minimally invasive and lasts a long time. Ombre brows are buildable from light to dark.

There is also the option of a combo using both microblading and powdering. This method uses manual and machine techniques to create natural strokes with a soft, powdery makeup look.

While some men seem to laugh at the importance women put on eyebrows, eyebrow care is more important than even some women realize. Brow management can help to accentuate the eyes, shape of the face, give lift to your face and can help create symmetry.

It's important to routinely trim, shape and fill your brows. Most people don't realize that the brows are one of a person's most prominent facial features. The wrong shaped brow can make you appear aged, angry or tired while a properly shaped brow can frame and flatter your eyes and much more.

Some of the current brow trends include feathery texture, high and bright, straight tails, au naturale and soft arches. There are hundreds of websites that include trends, options, techniques and more if you find yourself curious about the advancements being made in brow care.