"Brawl In The East" Wrestling Results 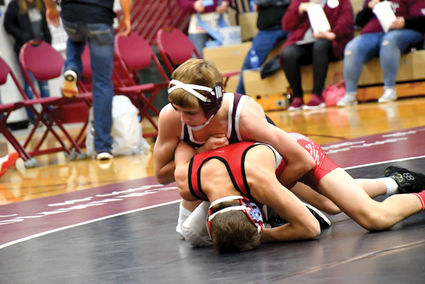 Sidney's Kaden Wise runs an arm bar on Glendive's Sheldon Rod at 103# match during the "Brawl in the East" games on Thursday, January 16. Wise pinned Rod in the second period. The Sidney wrestlers beat the Dawson County Red Devils 65-6. The Sidney wrestlers will travel to Miles City on January 21 followed by a dual tournament in Lewistown January 24-25.

Sidney and Dawson County high schools held the first ever "Brawl in the East" event. The event at the Sidney high school raised over $2,000 from T-shirt sales for the MonDak Boys and Girls Club in both Sidney and Glendive. The two schools went head to head with both Boys' and Girls' basketball and wresting dual in one night of action. 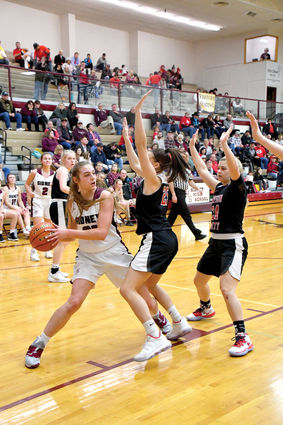 Sidney's Cassidy Larson looks to pass to a teammate during the "Brawl in the East" games versus Glendive. The Sidney Girls' basketball team lost 36-57.