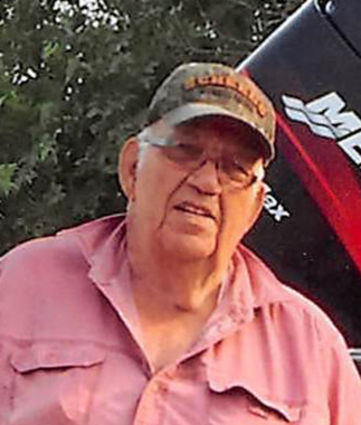 Funeral services for Bobby Holland, 83 of Watford City, ND will be 11:00AM Thursday January 30, 2020, at Fulkerson Memorial Chapel in Watford City, ND, Pastor Rob Favorite officiating. Interment will be in the Schafer Cemetery, Watford City, ND under the care of the Fulkerson-Stevenson Funeral Home of Sidney. Remembrances, condolences and pictures may be shared with the family at http://www.fulkersons.com.

After graduating high school, Bobby enlisted in the Air Force. He was stationed in Mountain Home, Idaho, France and Kansas. While in Kansas, he met his wife Grace in 1962. They were married on May 12, 1963 at the Schilling Air Force Base and had one daughter, Tammy. They continued their time in the service living in Maine, Taiwan, Puerto Rico (Bobby's favorite), Mississippi, Thailand, Alaska, and Las Vegas. Bobby spent four years as a missile technician and the rest of his time as an aircraft quality control inspector. Bobby retired from the Air Force on January 01, 1976.

After retiring from the Air Force, Bobby started work with Northern Natural Gas in Kansas. This job took him to Iowa. Bobby then moved to Watford City on June 10th, 1982 with Northern Border Pipeline. Bobby retired from the pipeline in 2010.

Grandpa Bob was an avid fan of Watford City Wolves and Oiler Hockey when grandkids were playing. He could be found on many road trips that always involved stopping by his favorite restaurants.

After retirement, Bob would spend winters back home in North Carolina. He always said he was more of a "fair-weather" guy. He really enjoyed visiting family and eating some good sea food!

Bob enjoyed camping and fishing. He spent many hours in the boat. His biggest walleye was 14+ pounds in the Fort Peck Governor's Cup. His greatest joy was going fishing with his grandchildren and great-grandchildren. During these fishing trips, Grandpa Bob's line wasn't always even in the water, he was just happy to be on the lake with family.

Another great love for Bobby throughout the years was guns. He loved shooting, trading and collecting guns. Later in life he could often be found reloading bullets for his grandkids.