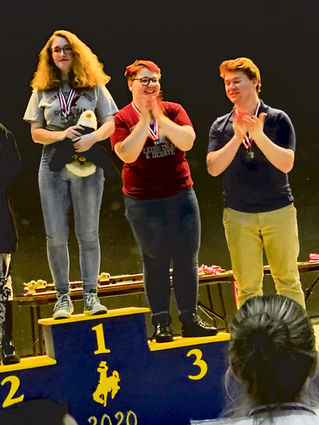 Sidney High School Speech, Drama and Debate Team travelled to Custer County for Super Divisionals. The Super Divisionals send the top 12 in every category, with the top eight receiving medals. Competing against 10 class A schools the Drama Team came out on Top with 112 points. Speech & Debate Team placed 4th.

The team heads to Whitefish this upcoming weekend to compete against the best of the best.