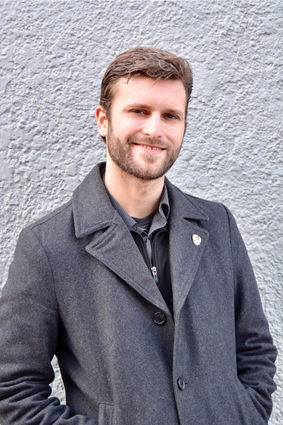 Update Wednesday, February 12: We had mistakenly listed "Kyro, Finland" as one of the locations that Tuttle had traveled to. This should actually have been "Cairo, Egypt," and has been changed in the article below. We apologize for the error.

Sidney may be a small community but that doesn't mean that there aren't a wide variety of services, stores, restaurants and more for the public to enjoy.

Growing up, Tuttle's mom worked in a factory. After long shifts and being on her feet for hours, Tuttle would earn a little extra money by giving his mom a foot massage.

"It was a good way to make a little money, and I just like to help people," Tuttle said.

Tuttle earned his associate's degree at Williston State College. After graduating, he began studying ministry. During that time, he took part in different missions, traveling to Tennessee, Arkansas, Florida and even Cairo, Egypt.

Following his travels, Tuttle focused his time on massage therapy. While people think it's just a means of relaxation, Tuttle sees it as much more than that.

"It's beneficial to your heart, it's good for hormonal balance and can really help with overall body wellness," Tuttle said.

Tuttle pointed out that health benefits aside, seeing a massage therapist can sometimes serve as a mini counseling session. Tuttle said that people tend to open up and get things off their chest during their massage.

"It's good for both physical and mental health," Tuttle said.

A traditional Swedish massage is the most common type of massage. It involves long, soft kneading strokes along with light rhythmic tapping strokes. This type can be relaxing and energizing.

A Lomi Lomi massage is sometimes called the "loving hands" massage. It's a combination of massage techniques, nut oils and other varying elements. This is good for restoring energy and soothing the body.