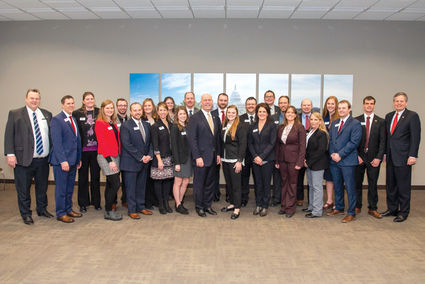 Representative Joel Krautter was recently in Washington, D.C., Feb. 3-8 with Class IV of the REAL Montana leadership development program that he is currently participating in. REAL (Resource Education & Agricultural Leadership) Montana is a two-year educational program administered through Montana State University Extension, which has a focus on creating a network of informed rising Montana leaders on the issues of agriculture and natural resources. There are currently 20 participants in the program, from all across Montana.

A highlight of the week included an afternoon of briefings at the White House from various Trump administration policy advisors. Topics covered included the administration's reforms to the National Environmental Policy Act (NEPA), which will speed up permitting processes. Other items discussed included the administration's work to advance agriculture through better trade agreements and intergovernmental relationships between the White House and state and local government officials, with a focus on ways to further streamline outdated and redundant regulations. 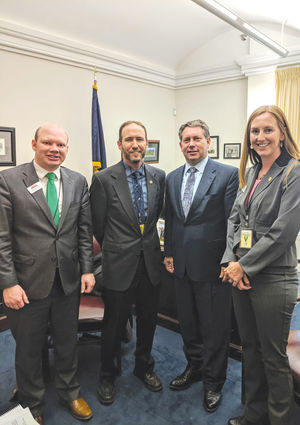 Krautter also met Ambassador Gregg Doud with the US Office of Trade Representative who is the Chief Agricultural Negotiator. The discussion with Ambassador Doud focused on the recently signed U.S.-Mexico-Canada (USMCA) trade agreement, as well as continuing work on trade with China and Japan. These trade agreements directly benefit local farmers and ranchers.

The group also held meetings during the week with Montana's Congressional delegation, as well as representatives from the U.S. Department of Agriculture, National Mining Association, American Farm Bureau, and Forest Service.

"When I'm a part of high-profile meetings, like the ones we held in Washington, I'm always proud to be representing Richland County and the concerns of our area in those conversations. While it was unfortunate to miss our local Republican Lincoln-Reagan dinner, those Washington meetings were very informative and it was good to continue to build better relationships with people in the various organizations," said Krautter.