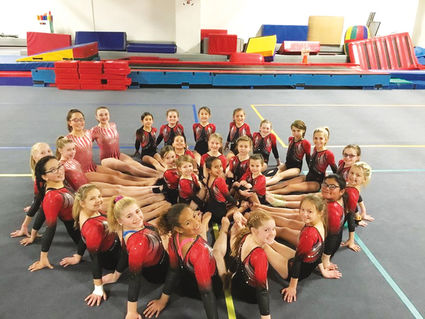 Badlands Gymnastics in Watford City will be hosting their annual spring show. This year the show will be called Adventure Awaits and themed based on Disney Pixar movies. It kicks off at 6 p.m., Friday, March 6 at Watford City Rough Rider Center. Children and adult tickets are $5, while preschool and under aged children get in free.

Coach Pat Williams is staying busy this time of year because, in addition to the Spring Show, he is also preparing his athletes for the NoDak Northern Lights Invitational they are hosting for the second consecutive year, that same weekend. "With the NoDak Northern Lights Invitational, Badlands Gymnastics presents an opportunity for teams from small gymnastics states to compete at a competition with a big gymnastics state feel. We offer an experience unlike any other meet in North Dakota", says Williams. Last year there were 12 teams with 250 athletes competing from North Dakota and Montana. This year's event will be held on March 7 and 8 and will feature 420 student athletes from North Dakota, South Dakota, and Montana.