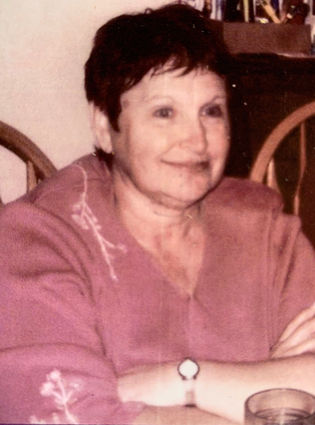 Services for Kay Price, 71, Sidney, MT may take place later in the summer. Remembrances, condolences and pictures may be shared with the family at http://www.fulkersons.com.

Kay Lucille Price lost her valiant fight the evening of March 29, 2020 at Sidney Health Care Hospital. Let it be known that she fought to the very end, and that giving up was never an option. Kay was born to Rosella "Rosie" and Harold Stanford in Sidney, MT, on Jan. 28, 1949. She joined Carol, her older sister. In the years following, Kay's siblings Janet, Pete, Calena, Jeff, Ron, Mona, and Sheila joined the family.

May of 1965, Kay's first born, Dale, arrived in the world while living in California. In December of 1966, Dave was born in Sidney, MT. While still living in Sidney, Kay met Jerry, marrying him Feb. 1, 1969. Jodi joined her two older brothers, October of 1969. Kay and Jerry's youngest child, Chris, was born in Sidney in August, 1973. She sacrificed her dreams and goals to care for her family and only when they were all old enough, she pursued her dream.

In 1991 Kay graduated with her Associates of Science in Nursing from Dickinson State University. Although that was a great accomplishment, she returned to school and obtained her Bachelors of Science in Nursing, graduating at the top of her class in 1993. She was a bright star in whatever endeavors she pursued. Kay worked in many areas of nursing including public health, medical-surgical units, clinical setting, and long term care. Kay filled in at the Sunrise Manor when they were in need of an experienced nurse, until giving up her profession last year.

Kay enjoyed many outgoing groups and activities with family and friends. Ranging from bowling leagues, Red Hat Society, and devoting many hours to quilting and sewing. She was always teaching herself new crafts, sharing with anyone who offered interest.

Kay is preceded in death by her parents, Harold and Rosella and her sister Calena.

There is no service planned at this time. The family appreciates any and all condolences. Condolences can be sent to 34277 Co Rd 111, Savage, MT 59262.