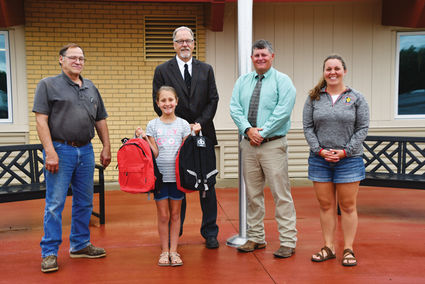 The Backpack Program was started two school years ago, with just the Sidney Central and Westside Elementary. There was a need for our young youth to be able to have their own backpack that has supplies in them for the school year. All registered students are able to receive one, even if they don't accept it.

This year we donated to surrounding schools, Pre-K to 5th Grade: Sidney, Rau, Brorson, Fairview, East Fairview, Savage and Lambert. That came to a total of 1,030 students! We supplied the schools with extras, just in case they had some students who may register late or come in the middle of the year.