Back To School Safe Driving Tips For Teens 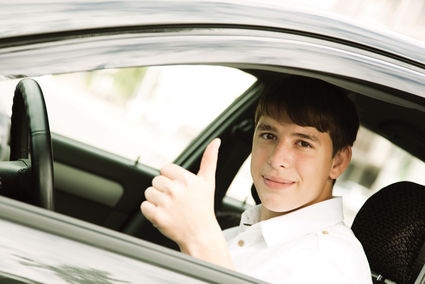 Earning a driver's license is an exciting time in any teen's life. Soon, you'll be thinking about graduation, college, and careers. We at the Richland County Health Department Injury Prevention and DUI Task Force, want to help make sure you get through one of the major milestones in your life. We're teaming up with NHTSA, to encourage teen drivers to follow the rules of the road while behind the wheel driving back to school.

We know you're excited to have the keys in hand after all these years, but we really want to take this time to talk about the importance of safe driving habits and of following the law. Teens, your parents play an important role in helping you take smart steps to stay safe on the road, but ultimately it's up to you to make the right decisions behind the wheel. The following five rules are a great starting point, helping you become a safer driver.

1. Don't drive impaired. If you are under age 21, it's illegal for you to drink alcohol, and it's illegal for you to drive after drinking alcohol. Did you know that in 2017, 15% of teen drivers involved in fatal crashes had alcohol in their system? But alcohol isn't the only substance that can keep you from driving safely: Marijuana, like other drugs, affects a driver's ability to react to their surroundings. Driving is a complex task, and marijuana slows reaction times, affecting the driver's ability to drive safely. Remember that alcohol and drugs, (illegal, prescription, or over-the-counter) impair driving and have deadly consequences.

2. Buckle Up - Every trip, every time, everyone, front seat and back. Your seat belt is designed to keep you safe in a crash, but only if you're wearing it. You should always buckle your seat belt, whether you're sitting in the front seat or back, no matter how long or short the trip. In 2017, there were 539 passengers killed in vehicles driven by teen drivers, and more than half (60%) of those passengers who died were not buckled up at the time of the fatal crash. Even more troubling, when the teen driver was unbuckled, 87% of the passengers killed were also unbuckled. Before you start driving, buckle your seat belt and check to make sure your passengers are wearing theirs, too. It's a simple task that could save your life.

3. Eyes on the road, hands on the wheel, all the time. It's tempting to answer a text or check your social media while driving, but those few seconds that you take your eyes off the road could be your last. If you think that your cell phone is your only distraction, you're wrong. Other passengers, audio, climate controls, eating or drinking while driving are all examples of dangerous distracted driving.

4. Follow the posted speed limit. Speed limits aren't just suggestions; they are there to keep you safe. In 2017, more than one-quarter (27%) of teen drivers of passenger vehicles involved in fatal crashes were speeding at the time of the crash. Remember to always drive within the speed limit; it could be what saves you from a deadly crash.

5. Passengers. Driving your friends to school may seem like a good idea, but it's not. Per data analyzed by NHTSA, teen drivers were 2.5 times more likely to engage in one or more potentially risky behaviors when driving with one teenage passenger, when compared to driving alone. The likelihood of teen drivers engaging in risky behaviors triples when driving with multiple passengers. If you have a provisional driver's license, be sure you are aware of the restrictions on your graduated driver licensing laws regarding transporting passengers, driving at night, and other key safety areas.

We know you're probably hearing a lot of messages from your parents about things they want you to do, but the message about safe driving could save you and your friends' lives. There's a reason your parents are so strict when it comes to you getting behind the wheel. Surveys show that teens whose parents set firm rules for driving typically engage in less risky driving behaviors, and are involved in fewer crashes.

Now that you know the most important behaviors to follow to keep yourself safe, be sure to follow them every time you drive.

If you have any questions, need some additional information on teen drivers or would like to be a member of the Injury Prevention/DUI Task Force please contact Don Smies, coordinator 406-433-2207. Check us out on Facebook, http://www.facebook.com/RichlandCountyHealthDepartment or on Live Stories, https://insight.livestories.com/s/v2/dui-injury-prevention-task-force/e5038097-8a98-4fa0-8c03-d4360a6f815d.