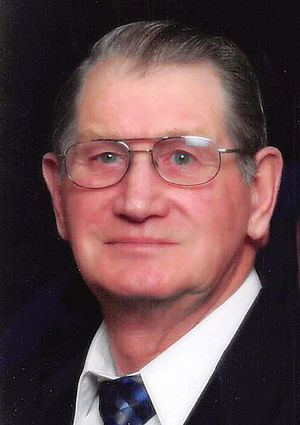 Funeral services for Donald "Don" Stambaugh, 82, Sidney, MT were held at 10 a.m., Monday, Sept. 14, 2020, Richland County Event Center at the Fairgrounds with Pastor Sione Fungalei, Lonsdale Methodist Church officiating. Interment was in Sidney Cemetery, Sidney, MT under the care of the Fulkerson-Stevenson Funeral Home, Sidney, MT. Visitation was from noon-6 p.m., Sunday, Sept. 13 at the funeral home and one hour before service at the Event Center. Remembrances, condolences and pictures may be shared with the family at http://www.fulkersons.com.

Don Stambaugh was born in his family home in Bingham, MI, on Jan. 21, 1938 to Adelbert and Murneta (Cranston) Stambaugh. He was the second of five children born on the family farm in Michigan. Don graduated from high school in 1956. He attended college in Lansing, MI for two years where he acquired his engineering degree. During his first year of college he started dating his future wife, Deanna Wills.

Don and Deanna were married on May 10, 1960. They lived in a log cabin and worked their farm in Ubly, MI. During that time they had four boys-Bruce, Orin, Bert, and Jeff. Don suddenly had a heart attack at the age of 28 years old. They sold the farm shortly after.

Over the years Don and his family lived in several states as he followed the oil field. Don was first diagnosed with cancer in 1976. He beat his cancer and went into remission. They lived in Sidney, MT in the early 1980's during the oil boom there. In the mid 1980s he started D And D Welding with his best friend Bob McGinnis.

When Don and Deanna returned to MI in the early 1990s he opened D.O. Construction with his son Orin. Don built their log cabin home in MI at that time. He continued in the concrete business until 2004.

In 2005, Don moved back to Sidney, MT to work in the oil field. Deanna followed that year after Don was diagnosed with cancer again. Again, he beat that cancer into remission. Don also built a log cabin home in Sidney with the help of his family between 2006-2009.

After he retired from the oil field in 2010 he returned to MI for a year to log some of his timber.

He began working for Border Steel & Recycling in 2011 in Sidney, where he worked until he passed away.

Don was diagnosed with cancer again in 2016. Over the last four years he fought his cancer with stubborn intensity.

Throughout his life Don was active in many organizations. He would give the shirt off his back to help anyone. He loved his family and considered many friends his family as well. If you knew Don, you knew he loved to talk and would tell you story after story of his life. He lived a very full and active life, never letting anything slow him down for long.

So many people in both MI and MT, as well as across the country will miss him.

Don passed away in the early morning, Tuesday Sept. 8, 2020 at Sidney Health Center.

Don is survived by; his wife, Deanna; his sons, Bruce, Orin (Tammy), Bert (Denise), and Jeff (Marcia) Stambaugh; his seven grandchildren; and his brothers, Gary (Sharon), and Gene (Judy) Stambaugh.

Don is preceded in death by; his parents, his brother Bryce Stambaugh, his sister Grace (Lowe) Peter, and his godson Patrick McGee.