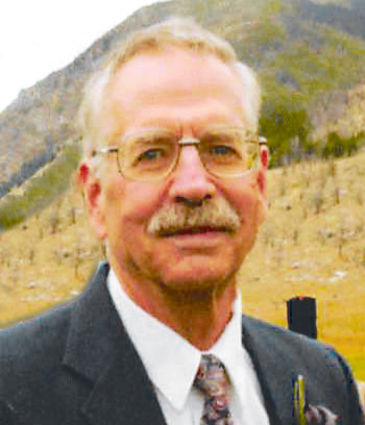 Funeral services for Donald Nollmeyer, 73, Savage, MT will be 2 p.m., Friday, Oct. 9, 2020, at Yellowstone Community Church, Savage, MT with Pastor Butch Hart officiating. Fulkerson-Stevenson Funeral Home, Sidney, MT is caring for the family. Remembrances, condolences and pictures may be shared with the family at http://www.fulkersons.com.

Donald Floyd Nollmeyer was born June 1,1947, to Henry and Marilyn (Matthews) Nollmeyer, Glendive, MT and died on Sept. 18, 2020, Billings, MT. Don was raised on the family farm near Savage, MT, where he attended Washington School, a local two-room schoolhouse through eighth grade. He graduated from Savage High School in 1965. Don attended St. Paul Bible College for one year, then attended Dawson Community College. He was drafted into the Army in 1969, serving in Vietnam with C/3/22nd Infantry Regiment, 25th Infantry Division. Don's responsibility was carrying and firing an M-79 grenade launcher. He also served with the Army National Guard from 1988-1995.

Don met the love of his life, Teresa Savage, in Missoula, MT, while on furlough, where he attended his uncle's young adult Sunday school class. After serving a year in Vietnam and writing many love letters, they were married Nov. 27, 1971 following his return.

He was smitten with her for 48+ years of marriage. They raised four children where he farmed north of Savage. Don contributed to the community in many ways. He served on the boards of Sidney Health Center, Sidney Library, Yellowstone Community Church, and KGLE Gospel Radio.

Don's love for God and his appreciation of God's Word became his world. Don's servant heart was appreciated by all who knew him. He spent hours maintaining the church facility, was the chief sound man, and enjoyed singing with the worship team. Unusually gifted with an ear for music, he loved listening to and singing songs with close harmony. He had a heart for the ministry of Eastern Montana Bible Camp where he first decided to follow Jesus and loved to attend and sing at its annual songfests.

Don enjoyed cars (especially fast ones), flying his airplane, and everything gun related. He was an avid reader with many interests. Don was known for his one-liners, a passion for visiting and being with people. He was eager to work on machinery - anything from changing oil to rebuilding engines. It was often joked the reason he was so good at it was because he had so many breakdowns. Many late nights were spent in the shop with the guys honing his craft.

Known by the guys in Vietnam as "Farmer", Don thoroughly enjoyed Charlie Company reunions held every other year since 1991, due in part, to his diligent efforts to find fellow veterans. Whether serving local organizations or his country, Don served wholeheartedly, with passion, humility, and honor.