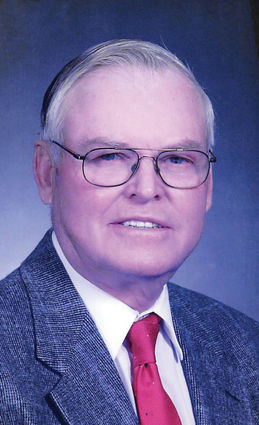 Funeral services for Larry J. Tveit, Sr., 85 of Sidney are at 10:00 A.M., Saturday, October 10, 2020, at the Trinity Lutheran Church in Sidney with Reverend M.J. Nicolaus, PH. D officiating. Interment will be at 2:00 P.M., Saturday, October 10, 2020, at the Dawson Memorial Park Cemetery, Glendive, MT under the care of the Fulkerson-Stevenson Funeral Home of Sidney. Visitation will be Friday, October 9, 2020, from 10 AM to 6 PM at the funeral home and one hour before service at the church. Remembrances, condolences and pictures may be shared with the family at http://www.fulkersons.com.

Larry John Tveit was born April 25, 1935 to John and Ida Bernice (Lovely) Tveit at the Brodhead Hospital in Fairview, MT. He was the youngest of six children. Larry grew up in the Sioux Pass area where the family farmed. He attended Sioux Pass School and graduated from Sidney High School in 1953. He married his high school sweetheart, Doris Anne Steinbeisser, on September 18, 1954. Larry and Doris had five children.

Larry farmed with his dad for many years, then farmed with two of his sons. In 1994, Larry & Doris moved to Sidney. After retiring from farming in 1996, he enjoyed driving out to the farm to check the oil wells and make sure the cows had water. Larry married Lorraine Quincer Shackelford on February 14, 2003 in Las Vegas, NV. They made their home in Sidney.

Larry's outgoing and passionate nature led him to public service. Larry was on the Fairview School Board, serving as chairman and on the Montana School Board. He was an active member of the Moose and the Elks Lodge, going through the chairs and elected Exalted Ruler in 1971. Larry was on the Board of Directors at 1st United Bank in Sidney, MT. Larry was elected to the Montana State Senate in 1980. During his 16 years in Helena, he was instrumental in the legislation of the Missouri Bridge and Fort Union renovation. He was also a director of Northeast Montana Land & Mineral Owners Association and Montana Grain Growers Association. In 1996, he began his Black Gold Management Consulting business. This gave him many opportunities to share his oil knowledge. Larry enjoyed hunting and fishing, especially at Rock Creek on Fort Peck, Lake Sakakawea and in northern Canada. He was a member of Trinity Lutheran Church.