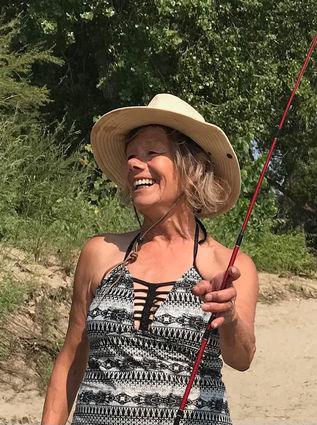 Patricia (Patti) Ann Browne, 69, was born in Milwaukee, Wisconsin on October 9, 1951 to Beverly (Schanning) and John Helm. She was the oldest of five children, and graduated from Bay View High School in 1969. She joined the Women's Army Corp and served as a nurse in the early 1970's. From there, she worked as a kidney dialysis nurse at Froedtert Hospital in Milwaukee for over 20 years. She married Bruce and had three beautiful children with him. In 1996, she moved with her family to Fairview, North Dakota to a homestead that her own grandfather had lived in. In the Fairview area, she continued with her lifelong passion for helping others by working in the local hospitals, later as a traveling nurse, and finally provided in-home health care.

Patti had an outlandish sense of humor, and an infectious smile and laugh. Even as she got older, she would enthusiastically show people her acrobatics, or tap dance, or randomly do a head stand in the middle of the floor. She loved being silly with her grandkids and being at the farm with her animals. She had many favorite sayings over the years, and the one that her kids heard the most was, "God bless the child that holds their own."

Patti was a person that gave of her time freely, and her kindness and generosity were unmatched. She had a perspective on the world that she wasn't afraid to share, and at times could be honest to a fault. She was a social butterfly who loved to make plans that brought people together. Her family, and especially her grandkids, were the light of her life.

Patricia passed away peacefully on October 18th, 2020. She is survived by her husband of 36 years, Bruce Browne, her daughters Erica (Kyle) Murie and Natalie (Chantz) Conlin, and her son Bill Browne. Grandchildren Bria, Willow, Isaac, Milo, and expecting baby girl. Her brothers, Richard, Dave (Jessica), and Cary, nieces and nephews, cousins, close friends, and so many others whom she loved.

She was preceded in death by her parents and her brother Jack.