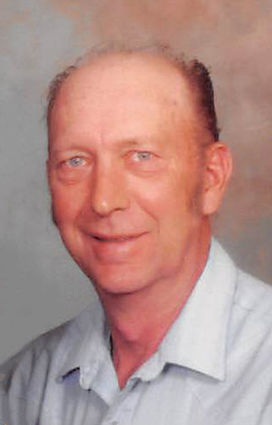 Dale spent his younger years working for his father in the family business (Bowie Industries) learning many skills as a welder/fabricator and machinist in Bowie Texas where the Andreasen family settled. Being a certified welder for the State of Texas at the age of 16 was a great accomplishment that he was proud of.

Education was important to him, but serving his country was more important. In 1962 he joined the United States Navy at the age of 18 and served his country for 6 years, which included 3 tours in Vietnam. During this time he was united in marriage to the love of his life, Barbara Strickland on July 21, 1965.

After his discharge Dale, Barbara and 1 daughter (Sherri) moved to Bridgeport, Texas where their second daughter (Cindy) was born. This was the start of Dales' oil patch career. Beginning in the trucking industry and eventually moving to the drilling rigs. From the bottom of the oil patch (worms corner) and finishing his career on the top as a consultant (with many job titles in between). To further his career in the oil patch the family packed up and relocated to Sidney, Montana in 1969. Working for a variety of oil field companies, to include Tom Brown Drilling. While working and living in Richland County, Dale and Barbara had two more children (Jerry and Michelle). Dale met and made many friends while being in the oil patch most becoming close as family.

After the slowdown of oil, the family relocated back to Bowie, Texas in 1978. While there, Dale furthered his education with a college degree in psychology and industrial arts. In 1981 with a promotion, the family ended up in Midland, Texas. In 1984, Dale's oilfield career came to an end with a severe back injury. In July of 1985, Dale and Barbara made the decision to make their retirement home in the Sidney and Fairview Montana area.

He is preceded in death by parents Sigurd and Gladys, in-laws Ervin and Shirley Strickland, brothers Wayne, Earnie and Terry and sisters Diane Andreasen, Iona Truax and Sylvia Morton and sister in laws Sue Romine and Shirley Partridge.