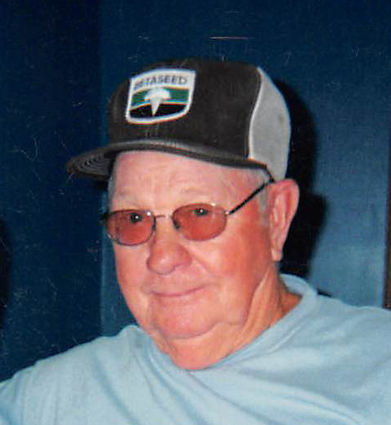 Funeral services for Sonny Lorenz, 89, of Sidney, MT, are at 1:00 PM (MST) Wednesday, December 2, 2020 at Ebenezer Congregational Church in Sidney with Pastor Dave Meehan officiating. Interment will take place in the Sidney Cemetery. Visitation will be Tuesday, December 1, 2020 from 10 a.m. to 5 p.m. at Fulkerson-Stevenson Memorial Chapel in Sidney and one hour prior to the Funeral under the care of the Fulkerson-Stevenson Funeral Home of Sidney. Remembrances, condolences and pictures may be shared with the family at http://www.fulkersons.com.

Willmer (Sonny) Lorenz was born August 5, 1931 to Henry and Louisa Lorenz in Sidney, MT. Sonny was one of eleven children. They grew up on a farm south of Sidney which Sonny later farmed for many years. He married the love of his life Darlene Rau on February 24, 1952. They had three children, Tim, Dennis and Pat. They then purchased two farms east of the river in 1970 and in 1973 that he farmed until he retired.

Sonny wasn't afraid of a challenge. He was a jack of all trades and all was self-taught. He loved to build things. He learned how to do electrical, plumbing, welding and could fix whatever needed fixing, and it was usually better than before. Because of these talents he was able to build their home that they lived in until his death. He built the walls in his shop in the winter, and set them up in the spring on the hill overlooking the valley, a view he loved a lot.

Sonny went to be with the Lord on Thursday, November 26, 2020 at Sidney Health Center. Even as he was drawing near to the time he was leaving us, he continued to praise and glorify the Lord and share Jesus. To Sonny, the most important day of his life was the day he asked Jesus to forgive his sins, and to come into his heart as his personal Lord and Savior. He prayed constantly, every day, for all of his family and friends to come to know Jesus as their Savior as he did. He loved the Lord, his family and his Ebenezer Church family, of which he was a lifetime member.

Sonny was preceded in death by his parents Henry and Louisa, grandson Matt and great-granddaughter Macee, five sisters, three brothers and numerous nieces and nephews.