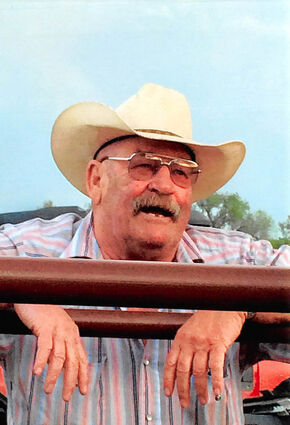 Funeral services for Ray "Bronc" Miller, 74, of Savage, MT are Thursday, December 31, 2020 at 2 p.m. with Pastor Tim Tharp officiating. Visitation is Wednesday, December 30, 2020 from 12-5 p.m. at Fulkerson-Stevenson Memorial Chapel in Sidney under the care of the Fulkerson-Stevenson Funeral Home of Sidney. Remembrances, condolences and pictures may be shared with the family at http://www.fulkersons.com.

Godtfred Ray Miller "Bronc" was born on October 22, 1946 to Lester (Bunny) and Vola (Billie) Miller. He grew up training horses, working on the family farm helping his dad and uncles with chores and milking cows (fighting with his brother LeRoy over this chore) and attending Savage School. Bronc was a talented athlete. His favorite saying was "I was shooting 3-pointers before 3-pointers were even invented". Also, that he was so fast that it took two timers to time him, one to see him go and one to see him coming.

Bronc graduated in 1965 and later went into the military where he served in Korea. He was honorably discharged March 2, 1968. He married Bobbie Lou Seeve in October of 1968. To this union, his son Paul Miller was born on May 26, 1969. They later divorced. He then married Diana Hauck on March 31, 1973 and children Leslie, August 13, 1973, and Lacey, October 24, 1978, were born. He loved watching his children play sports and was always supportive of anything they tried! He was a very avid team roper, and he loved his horses and competing. When someone wanted to try one of Bronc's horses, they better have known their job because his horses sure did! He trained horses for many years and true to his nickname, he did it well. He was an active member of the Burns Creek Riders and would help anyone wanting to learn to rope and ride. They put on numerous roping's/play days and always drew a crowd. He was proud of his horses and the work they did for him. They were a member of the family and when he lost his trusty horse Sorrelly, he was devastated. That horse was a bright spot in many of our lives. He loved hunting with his son and friends. There were many trips and stories to share about the great hunt and the one that got away. After his grandsons were born, he would continue the tradition and took them hunting. Oh the stories those three would come up with. The absolute highlight of his life was his grandchildren. Tanner and Chase were born on September 28, 1996. Taryn came along June 9, 2003, Mazie on October 20, 2005 and Tucker on August 20, 2008, and he was in love! He would do anything for those grandkids, which eventually led to them being a tad bit spoiled. Busch Lights, candy, watermelon, you name it he delivered it to them. He was so proud of his grandkids and always tried to attend their games and rodeos. In later years, Bronc's hobby was driving around in his trusty red pickup, making sure his neighbors and friends in the valley were doing their jobs! He would also offer them a cold refreshing PBR if they "needed" it. Bronc had a tough exterior but he wore his heart on his sleeve. He was tender hearted and was always quick to wipe a tear away so no one would see. He would help out anyone, anytime they asked. Bronc developed cancer in September of 2020, and passed away peacefully with family and friends by his side on December 21, 2020. He will be missed by numerous friends and family.