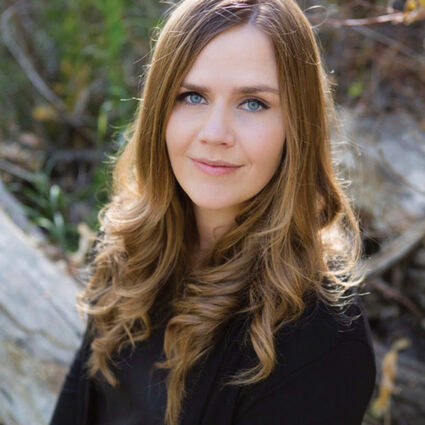 So far her time as the executive director has been "very fast." "Since I started right before Christmas, we immediately had quite a bit going on. The Chamber coordinates the Parade of Lights, Christmas Cash Program, the Winter Light Up, and the Big Bucks program. Right now we're also selling 2021 NFL Playbooks that is basically a fun little game you can win some prizes with if your book has the winning scores of the upcoming NFL games. We are also preparing the logistics around the 2021 Chamber memberships which is the sustainable funding source of the Chamber." said Godfrey.

She decided to pursue this position because she admires the mission of the Chamber and felt like there was a lot of potential to do some projects that she is personally interested in. "I want to benefit the community by creating opportunities for economic stimulus and helping to build that sense of community that makes Sidney so special. I want our locals to capitalize because they've chosen to do business in Sidney," stated Godfrey.

Her favorite part about working for the Sidney Chamber of Commerce is the opportunity to work with the committees. "This is because of all the great people on the committees. It's just great to have people so ready to come together and do something good for the community whether it be regarding leadership or agriculture, trade and promotion, and Brew Fest," explained Godfrey.

Originally from Sidney, she graduated from Sidney High School in 2014 and went to college in Billings for a few years. "Now obviously I'm back in my hometown where I'll raise my two little girls, Letty (4 years old) and Trenton (6 months). I absolutely love living where I grew up. I literally know every teacher my kids have, every cashier at the grocery stores. Friends are like family in Sidney. My spouse, Jace Buxbaum, and I just recently finished remodeling our house - which is not a hobby I'd choose to have, but nonetheless consumed most of our time for something like three years. Jace also races dirt bikes so we spend some time at the regional races."

Godfrey has enjoyed her time at the Sidney Chamber of Commerce and looks forward to many more. fShe said, "I've really enjoyed my time with the Chamber so far. There's pretty much endless opportunities and it's very invigorating."