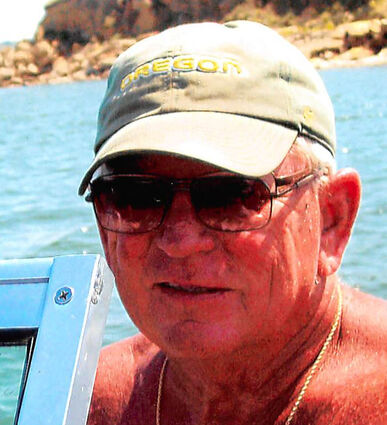 Memorial services for Curt Christensen, 72 of Sidney are at 2:00 P.M., Wednesday, January 27, 2021, at the Event Center at the Richland County Fairgrounds with Russ Christensen, Curt's brother, officiating. Friends may stop by the funeral home to sign his book between 11 AM to 5 PM on Tuesday, January 26, 2021. Remembrances, condolences and pictures may be shared with the family at http://www.fulkersons.com. Fulkerson-Stevenson Funeral Home is caring for the family. All are welcome, but masks and social distancing are required. The service will be livestreamed http://www.fulkersons.com.

Curt was born Nov. 23, 1948, to Vernon and Mabel (Welter) Christensen in Williston, ND. He grew up in Plentywood, MT, where his dogged determination started young. He had relentless dedication when it came to school and sports. In fact, he played a full quarter of a high school football game with a broken arm until the coaches forced him to sit out.

After earning his undergraduate degree in three years at Montana State University in 1970, he married his childhood sweetheart and neighbor, Jill Johnston, on June 20 of that same year. In 1974 he earned his Doctor of Dental Medicine degree at the University of Oregon. Curt and Jill then moved to Sidney, MT, where he began his 40-plus-year tenure at his dental practice. As a dentist he was skillful, but it was the constant banter with his patients that kept him in practice so long. Curt loved the Sidney community, and was involved numerous activities and organizations such as Kiwanis, baseball, softball, hockey, coaching his kids, working at high school sporting events, and bartending at the country club, just to name a few. He retired in November 2015.

He was proud of all of his roles, including husband, "papa," brother and friend. Those who knew him best easily saw past his sometimes gruff persona to the teddy bear within. He had a special place in his heart for "his girls," a group of Mandi's close friends that considered him a "second dad." He enjoyed time with friends golfing, bowling, fishing, and more.

One of Curt's most poignant experiences was a trip in 2012 to Poland with his brother, Russ, and their wives, to spread some of their war-hero father's ashes at the site where his bomber plane was shot down during WWII and he became a POW.

In the more recent years, Curt also enjoyed times of solitude. His true passion (fishing, fishing, and more fishing) called him out to the lake spring, summer, and fall. He enjoyed teaching his grandkids how to properly fillet a fish and show them "the best view in all of ND" from the cabin deck. He often took a ribbing from his family about his fashion sense; shirt-free paired with flip-flops was his favorite style. His love of the sun took him to Arizona for several winters, too.

He will be remembered for his professional dental care, but maybe even more so for his stubborn nature, teasing banter and his slow smile that let you in on his joke. He often was a man of few words, and incredible hugs.

Curt was preceded in death by his parents, and cousin Jet Black.

In lieu of flowers, memorials can be sent to your local cancer care center or charity of your choice.