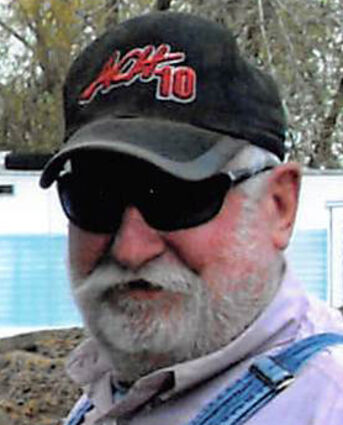 Funeral services for John L. Hutter, Sr. 88 of Fairview are at 10:00 A.M., Monday, February 1, 2021, at the Fulkerson-Stevenson Memorial Chapel in Sidney with Pastor Guy Pontoriero officiating. Interment will be in the Fairview Cemetery, Fairview, ND under the care of the Fulkerson-Stevenson Funeral Home of Sidney. Visitation will be on Sunday, January 31, 2021, from Noon to 5 PM and one hour before the service at the funeral home. Masonic Services will be at 5pm on Sunday, January 31, 2021, at the funeral home. Remembrances, condolences and pictures may be shared with the family at http://www.fulkersons.com.

John L Hutter, Sr was born on April 21, 1932, Fairview, MT to Ludwig and Lillian (Mohrherr) Hutter. He grew up and attended schools in Fairview. After school John work on the family farm with his father, Ludwig. In 1955, John was united in marriage to Esther Severance at the Zion Lutheran Church in Fairview. They had three boys. After the marriage they made their home on the family farm and he continued helping his father with the sheep and cattle. John started working for Crighton Implement as a mechanic and later as a mechanic for Stai Implement. In the mid 70’s John married Shirley Kuester and they made their home on the family farm. In 1979-80 John open up his own repair business, Hutter Repair and continued operating it until his health force him to slow down. After his mother, Lillian passed away, John moved to her home on the south part of the family farm.

John was a very active member of the Masonic Lodge and the Shriners. He really enjoyed the motorcycles that the Shiners performed with. John enjoyed traveling with his mother to Germany where they visited with relatives on both sides of the family. He also enjoyed Blacksmithing and collecting John Deere tractors. He has his father first tractor, a 1937 Model A Tractor. John also had a collection of cars, especially Mercedes Benz. John also went to Auction Sales so he could keep his inventory up to date. He would go the Threshing Bee’s because he like the old way of doing things.

He was preceded in death by his parents, and a grandson-Derrick Hutter.