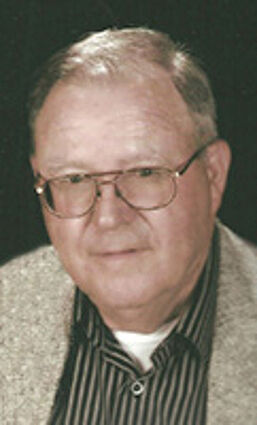 Keith Eugene Willard passed away peacefully with his loving family by his side on Wednesday, January 27, 2021.

Keith was born on January 13, 1941 in Huron, South Dakota as the last sibling in a family of 2 sisters and 2 brothers. His parents were Clyde and Leota (Moore) Willard.

He enlisted in the Army right after graduation. In March, 1961, he married the love his life, Dorothy Harrington and she joined him in Massachusetts. It was during this time that their first child, Clyde was born in April 1962. After being honorably discharged he moved his small family back to Wessington, South Dakota. In February 1964, their second child, Sandra was born. He worked at several jobs before starting his career in the banking business at the Bank of Wessington in 1967. Their last child, Susan was born in August 1967 to complete their family. In 1977, he moved the family to Edgemont, South Dakota and went to work for the Southern Hills Bank. In 1983 the family moved to Sidney, Montana where he worked for the Montana Bank. While in Montana he was a member of the Sidney Lions Club and the Loyal Order of the Masons.

In 1988, Keith and Dorothy moved to Dupree, South Dakota to work for Farmers State Bank. After working for two years, the bank was purchased and Keith started his long time career working with Al Hegyi and the 1st Financial Bank USA team as President and CEO. He had finally found his place in the banking industry and remained with them for many happy years. He retired from actively working in the bank in 2005 but remained as a director on the board and loan underwriter until his death.

Keith was always a farmer at heart as evidenced by the years raising sheep, cattle, and horses along with pigs, chickens, pheasants, geese and even the occasional donkey.  In his later years, he & Dorothy could be found in one of his horse drawn wagons at the local parade.  He also enjoyed participating in the Sturgis Motorcycle Rally where he & Dorothy would ride their trike but always being home by dark.  He loved fixing things – including many old tractors and could often be found tinkering in his shop.  He was a very special person and will be deeply missed.