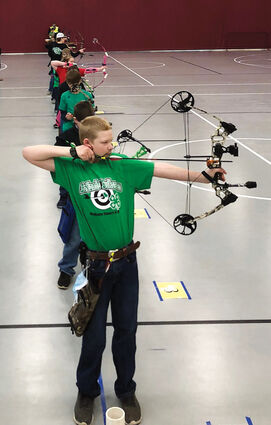 About 95 4-H'ers from western North Dakota participated in the match.