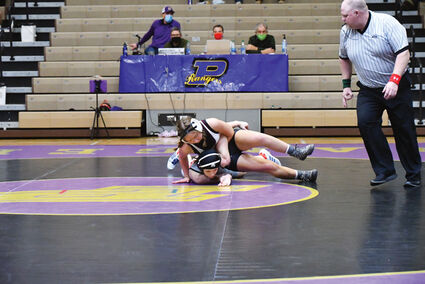 Sidney will have two wrestlers taking part in a historic tournament this weekend. The first ever all girls high school Montana state wrestling tournament will take place Feb. 19-20 at Lockwood High School.

Sidney junior Keela Kary will be wrestling at 120 pounds. Kary has wrestled for five years in the AAU program and stated wrestling in grade 7. Her dad and brother were her inspiration for starting her wrestling career. She is currently ranked 3rd and hasn't wrestled any of the girls ranked ahead of her this season. Kary is excited for the opportunity to be competing in wrestling. "Girls can do it if boys can," she said.

Kary also expressed her excitement in being part of the Sidney wrestling program. "It feels good to have a good team. Its nice to be in the first girls wrestling for Sidney and having everyone behind you," She stated. 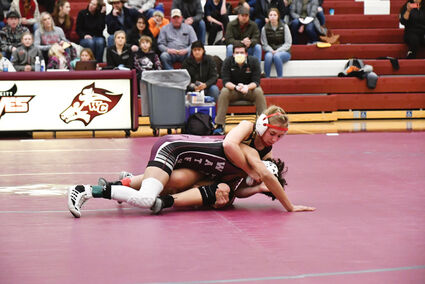 Sidney freshman Amiaya Kirn will be wrestling at 126 pounds. Kirn has wrestled for nine years in both AAU and junior high. She is a two time Winter Nationals folkstyle champion and an AAU all girls state champion. Kirn is currently ranked 2nd and has not competed against the wrestler ranked above her. She has beat all the girls she has met up with this season. She first became interested in wrestling at home with her sister. "I used to wrestle my sister all the time," she stated.

When asked about her feelings about wrestling against boys she replied, "I was pretty nervous at the time. But after awhile you get used to it and now I don't have to be nervous. I'm excited now."

SHS wrestling coach Guy Melby is proud of the hard work the girls have put into the season and expects great things for them at the tournament. "Both girls are ranked. This is a great opportunity for them to do really well. They have worked their tails off and we are looking forward to watching them this weekend."