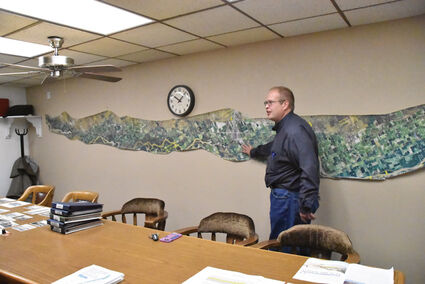 Ever since 1909, the Lower Yellowstone Irrigation Project (LYIP), has been providing a reliable supply of irrigation water to several acres of farmland across the west side of the Yellowstone River (even during the Dust Bowl).

This supply of irrigation water is crucial to ensuring the successful production of irrigated crops, with a majority of it being sugar beet crops. The project irrigates just under 60,000 acres on the west bank of the Yellowstone River. It consists of four separate districts and covers a span of 59,000 acres in three counties and two states.

"LYIP delivers water to farmers, and in order to do that safely, we have to maintain all these irrigation ditches and banks that are made out of dirt - we make sure that gophers don't bore holes in them and we help keep the beaver dams from stopping up the water and causing floods and those kinds of things," stated James Brower, LYIP Manager.

Brower explained that it is extremely important to maintain water delivery canals. He said, "If the farmers' drains get blocked up then the water gets high and starts backing up into farmers' fields or for people's basements."

As far as maintaining the irrigation systems, LYIP has had a challenging year. Brower said, "There are always challenges - this year we have had a lot more beaver dams than we've seen in several decades, like three times more beaver dams than our normal average. It is sometimes tough to maintain because those beavers can build dams just about as fast as we can remove them!" 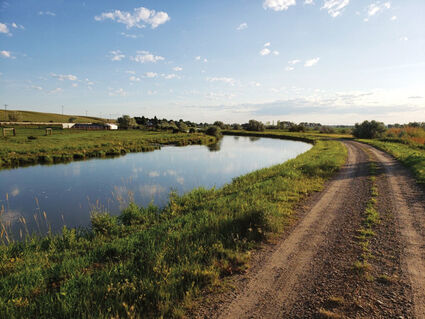 Water in the main canal being delivered to farmers. (Photo submitted)

In addition to this, Brower explained that 2020 was extremely challenging due to the loss of Bill Hamburg, who was the assistant manager at LYIP for 49 years. "He unexpectedly passed away from cancer and he was the soul of the organization. He ran every piece of equipment we'd ever had and was just an encyclopedia of information. We have three people trying to help do his job and we still can't seem to keep up with everything he did," explained Brower.

In recent years, area sugar beet growers have had very high tonnage. "There are many factors that contribute to that but if you don't have water flowing to your fields then every other factor can be worthless," added Brower. A reliable source of irrigation water for sugar beets is necessary so that beets do not wilt, dry out, or stunt.

The irrigation district appreciates and values area beet growers. Brower said," We know the beet growers pay for this equipment and the salaries of the payroll of the people who maintain the ditches. The beet crops pay for the majority of the operations and maintenance of the irrigation canal, so we are very dependent and appreciative of all the irrigators."