Your Boots On The Hill 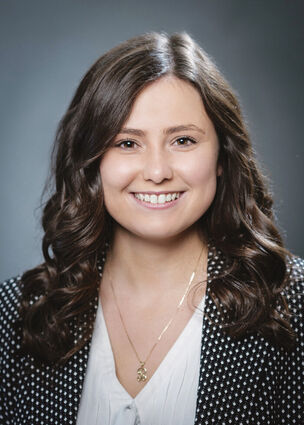 New bills are arriving rapidly in the 2021 Montana State Legislative Session, and we're here to bring you the highlights. We're in the final push before transmittal deadline, which is the date when all non-revenue bills have to make their way into the second chamber. We'll focus on two big issues in this column: meat labeling and bison bills.

These nearly identical bills have been introduced in both chambers. These 'placarding bills' both come with the same fundamental flaws. They would require grocery retailers to put a sign or 'placard' in the proximity of beef and pork products to indicate the origin of the product. These bills offer retailers two options to label beef and pork product: "Born, raised, and processed in the USA" or "Imported/Origin Unlabeled." Montana ranchers are proud of the meat we raised, and we would love to see it labeled for consumers. We want transparency and a chance to distinguish our American products.

These bills simply fail to achieve that goal. When retailers receive meat to sell, it is stamped with the USDA's approval. The USDA certifies that the carcass was processed in a USDA-inspected plant and that it is certified for wholesomeness and food safety, but it does not indicate where the animal was born or raised. These proposed state laws have no way to force the USDA to provide that information to retailers. Without the federal infrastructures and systems in place to actually trace animal's origins from the ranch, the retailer has no way to provide that information. To require this of local retailers in our state places an unfair and unrealistic burden on our grocery stores. Without the information they need to accurately label the product, many would be forced to label the meat "Imported/origin unlabeled," which we believe would damage consumer trust and hinder our desire for transparency.

The fact is, these are state laws attempting to dictate federal regulations. Montana Farm Bureau members support Country of Origin Labeling that is compliant with WTO requirements, but these bills do not achieve that aim. Casey Mott, a rancher in Custer, MT, and a Montana Farm Bureau state director, testified to the Senate Agriculture, Livestock, and Irrigation Committee in opposition of SB 210 on Feb. 18.

"I oppose this because, like many of the proponents of this bill, I raise cattle and I have the same problems as they do – the low prices, the market concerns, the consumer concerns. But unlike them, I don't believe that this placarding bill is going to solve our problems," Mott said. "In fact, I'm afraid it's going to cause a lot more problems for us," he continued, noting conversations with grocers concerned with a lack of information and infrastructure to provide that information.

McCone County rancher Wes Jenson agreed. "I do believe this puts undue pressure on the retail industry. It's putting a requirement on our retailers to identify the origin, which at best would be difficult and most likely impossible. This would result in a lack of confidence in our product," Jensen said. Instead, Jensen said he believed that if ranchers want to market their products as Montana-grown, there are abundant opportunities already available to do so at their own initiative.

"The free market system, I believe, is what has made America great and made our industry great," Jensen said. "I feel very strongly that putting the burden of an industry's issues on the shoulder of the local retailer would be unfair and detrimental. I would ask you please oppose this bill."

House Bill 324 was tabled in the House Agriculture Committee on Feb. 18.

Montana Farm Bureau member policy opposes both of these bills on the premise of disease management. Brucellosis and other zoonotic diseases are a high risk for wildlife, domestic livestock and the public. The Montana Department of Livestock mitigates the spread of this disease, and the state has worked hard to implement systems and practices to control and prevent its spread.

The Department of Livestock has an established quarantine facility near Yellowstone National Park where Park bison are held and tested to ensure they are brucellosis free before they can be transferred to new locations. This quarantine and testing facility is located within the state's brucellosis Designated Surveillance Area, which is another step to ensure potential cases are not spread or established in new parts of the state. Once the bison passes state testing and quarantine, they are prepared to be transferred to a tribal entity. House Bills 311 and 312 would remove these preventative actions, which raises considerable and reasonable concern for livestock owners.

This bill allows for additional local input before wild bison are potentially re-located. This proposal again ties back to animal health issues and provides another stop-gap to ensure animals have met the necessary health requirements before entering a new area, or even to completely stop the importation the commission determines a wild herd would not be tolerated in the area. In this case, local elected officials – county commissioners – would have a chance to weigh in on the importation of wild bison to their local jurisdiction, which our members support.

For more legislative updates and details on these issues, follow our Live with Your Lobbyist broadcast each Friday at noon on our Montana Farm Bureau Facebook Page. 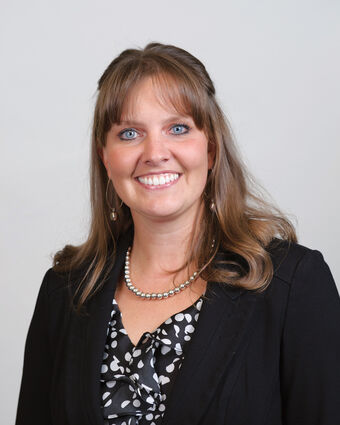 Nicole Rolf is the Governmental Affairs Senior Director and a Miles City rancher. Nicole works closely with our Congressional delegation on national issues affecting Montana agriculture. Additionally, this is her seventh Montana Legislative Session, lobbying in Helena on behalf of MFBF members. She also works as the Eastern Montana regional manager. Nicole can be contacted at [email protected]

Rachel Cone is Montana Farm Bureau Federation Director of State Affairs. This is Rachel's first session lobbying on behalf of Montana Farm Bureau. Rachel is involved throughout the interim session to track how bills will come to the session. She also coordinates the MFBF Water Committee, the Resource Management, Environment and Technology Committee and the Livestock Committee in addition to being Farm Bureau PAC Treasurer. Rachel can be contacted at [email protected]