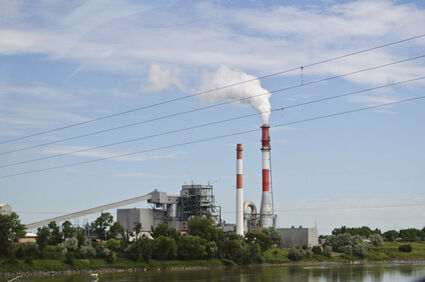 The Legislature is considering a measure that would direct the Public Service Commission to weigh the economic impacts of coal-fired plant closures in its regulatory decision-making. Proponents say it can help coal-dependent communities remain viable, while opponents say it has the potential to hurt businesses and ratepayers by bucking regulatory norms.

House Bill 314 is a short and straightforward bill sponsored by Braxton Mitchell, R-Columbia Falls. If passed, it would add new language to existing law stating that the utility-regulating PSC "shall consider all economic impacts at the state and local level when evaluating the acquisition, sale, expansion or closure of a coal-fired generation plant."

Mitchell said the recent closure of a coal-fired power plant in Sidney has brought into focus "the devastating reality of trickle-down economics," and that his measure could help local schools, parks and libraries keep their doors open by giving the PSC the ability to consider the broader economic impacts of changes to baseload power generation.

Martha Potter, Savage School District superintendent, outlined how changes to the coal industry have impacted Savage, a small community near the North Dakota border with 118 K-12 students. She said Westmoreland Mining's decision to close the coal mine in Savage has downstream impacts for other industries like transportation and sugar beet farming and refining. She said the local sugar beet refinery has been forced to pursue alternative energy sources, since the sugar refinery alone does not use enough coal-fired energy to keep the mine economically viable.

"Savage's loss of Westmoreland Mining is not only going to hurt our school and community financially, it's going to have a wide-ranging effect on our entire region," she said. She said Richland County's budget is so tight due to revenue loss from the pending mine closure that it's been unable to address drinking water issues.

Farr said his community has been suffering from Montana-Dakota Utilities' recent decision to close the coal-fired Lewis & Clark Station. He said the economic and human impact of these decisions deserve more consideration than they're currently getting.

"Only the community is left to live out the consequences of any decision," he said. "Everybody else gets to walk away."

Opponents took issue with the bill favoring coal-fired plants over other energy sources and its potential to saddle energy consumers with higher costs. The possibility that the measure could result in businesses being forced to operate at a financial loss was also flagged by both proponents and opponents.

"The city of Colstrip supports this bill, to the extent that it does what the title says," said Bob Gilbert, who testified on behalf of the town. "I respect Commissioner Pinocci's comment that [the PSC] has no authority to make a plant keep running, they have no authority to close down a plant, nor should we give it to them. Government shouldn't be telling private businesses how to run their business and how long they have to keep running."

Former PSC staffer Drew Zinecker said he became emotional when he was able to hold a draft of HB 314 in his hands after working for two years to make it happen. He said the bill puts the "public back into the Public Service Commission" by allowing commissioners to more fully consider the concerns of their constituents. He also said that in some cases residents have said they "will gladly pay higher utility rates to have this type of generating asset kept open."

That idea didn't find favor with everyone testifying before the committee. Speaking on behalf of Montana Consumer Counsel, Jason Brown said the measure represents a departure from the economic principles that normally guide ratemaking.

"We are concerned that this [requirement] could be used to justify higher rates for certain ratepayers than would otherwise be approved, especially if this bill were to be applied more broadly," he said.

Another issue flagged for the committee centered on what would happen once the economic-impact analysis is complete.

"We're in a bit of a quandary as to what the bill really does," said Aimee Grmoljez, representing Montana-Dakota Utilities. "Where's the remediation? I don't see that language in the bill."

Costs associated with preparing the economic analyses also found their way into the discussion. Speaking as an informational witness, PSC policy analyst Robin Arnold said the commission would need two to three full-time staffers or funding to contract the work in order to fulfill the bill's mandate.

Mitchell noted that he is working with Rep. Bob Phalen, R-Glendive, on an amendment that would direct county commissioners to prepare economic impact analyses, which would circumvent the need to increase the PSC's budget.

PSC commissioners appeared divided about how best to approach the bill during their Feb. 16 meeting.

Pinocci solicited the commission's support for the measure. He said he thinks the bill has the potential to make it to the desk of Gov. Greg Gianforte, who, Pinocci said he's heard, is favorably inclined. (An email to Gianforte's office seeking clarification about the governor's position on HB 314 was not immediately returned Tuesday.)

Vice Chair Brad Johnson expressed trepidation toward the bill. He said the commission has been adamant in its refutation of cost shifting, and that he fears supporting HB 314 could run contrary to commission positions on other energy issues like net metering.

"I think there's a real question of consistency with regard to policy here, and it's important that that be communicated to the sponsor," he said.

The PSC decided to continue monitoring the bill. Pinocci requested that commissioners communicate their concerns to Mitchell before the House Energy, Technology, and Federal Relations Committee takes executive action on the bill.