Four In A Row 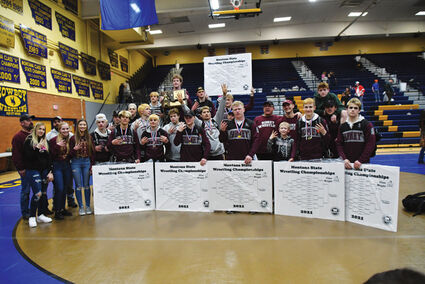 The Sidney/Fairview wrestling team poses at the state tournament in Miles City after taking their fourth state title in a row.

The Sidney/Fairview wrestling team had a dominant performance yet again at the Montana State Class A Wrestling Tournament last weekend in Miles City. The Eagles have now won four state Class A titles in a row.

It was a bittersweet end to a strange year for the team due to the pandemic. The Sidney/Fairview wrestling program hit 602 dual wins under Melby's leadership. "We made the best of situation at hand," stated Melby. "We were thankful to get to wrestle and we took it day by day."