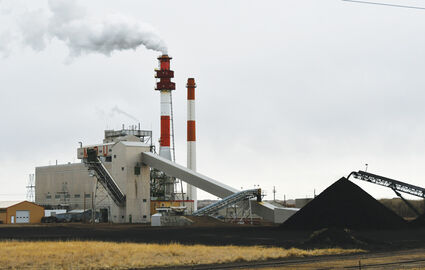 MDU Lewis And Clark Station near Sidney being fueled by coal from the Savage Coal Mine.

As a part of the Montana-Dakota Utilities' Integrated Resource Plan (IRP), the Lewis and Clark Station will be retiring on March 31. The closure of this station is expected to have a big impact on the community of Sidney and surrounding areas.

"It will have a trickle-down effect - when the Lewis and Clark Station closes down, the coal mine in Savage might have to close down, which will affect the Savage school and our sugar beet factory," stated Representative Brandon Ler (R-Savage).

The Lewis and Clark Station has been in operation since 1958 and employs about 30 workers. This 50.0-megawatt (MW) lignite coal-fired power station helps keep Westmoreland Savage Mining LLC running, which in turn helps operate the Sidney Sugars Inc. factory.

The Westmoreland coal mine produces 350,000 tons of coal annually and employs 10 full-time employees and the coal that is mined out of the mine is all delivered by Norby Trucking.

"We have tried several different avenues to stop the closure of the station, but we have not been able to make a deal – I am worried about the future effects this will have locally," said Ler.

"There have been several attempts to try and stop the station from closing. Many people and companies have tried to do what they can to stop this chain of domino effects from happening and as you can see nothing is slowing this momentum and it's not from lack of trying," said Leslie Messer, Richland Economic Development Corp. executive director.

MDU decided to retire this station due to the high costs associated with the operation of the plant and the negative effects it has on the environment.

According to http://www.montana-dakota.com, the company will be utilizing other low-cost power available on the market, due to low-cost natural gas and increasing wind resources.

MDU's IRP is used to determine the best value resource plan for its customers. The IRP process includes four areas: Load forecasting, supply-side analysis, demand-side analysis, and integration and risk analysis. A summary of the 2019 IRP study results can be found on http://www.montana-dakota.com.

Even though the closure of the station decreases the costs for MDU customers, it poses a large amount of negative effects on the community members of Sidney and surrounding areas.

Messer has been a part of the community her whole life and says that it is "heart wrenching" to see the closure of the station. She said, "There are days when I wish I had a magic wand, and I could make things work out so that it could remain both profitable and safe for the environment."

Messer explained, "The obvious devastating effects are the jobs that will be lost, the school district, the libraries, the roads, as well as the parks, but more than that it's the way of life and the sustainability that's lost forever by these families. In essence, all of that makes that plant completely priceless to us, so it's just been so beyond devastating to watch this happen and still make all these efforts to change it."