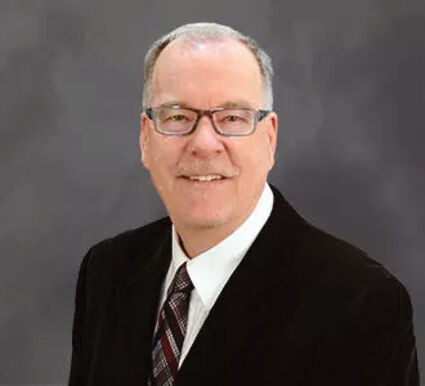 Sidney - After more than 40 years of dedicated service to the community and Stockman Bank, Garth Kallevig will be retiring March 31.

Kallevig began working for Stockman Bank in 1981. His early years at the bank included capacities in customer service, real estate, and commercial lending. Kallevig then began his role as Sidney Market President in 2006.

A native of Sidney and long-time resident, Kallevig studied at the University of North Dakota-Williston and Montana State University. He has been active in many community organizations over the years including the likes of the Sidney Education Foundation, Chamber of Commerce, Kiwanis, Boy Scouts and Dollars for Scholars. Kallevig also served as Sidney School Board Chairman.

In addition to Kallevig's retirement, Pam Burman, Consumer Loan Department Manager, and Deana Bauer, Administrative Assistant will both be retiring. Burman is an eastern Montana native and has been in banking for over 43 years, including 20 with Stockman. Bauer has been with Stockman for 37 years.

Wade Whiteman, current vice president, Ag Loan Department Manager, will take over as president of the Sidney market effective April 1. His new responsibilities as market president will include overseeing bank operations, management and employee supervision, all lending activities, as well as oversee branch management in Plentywood.

"I have every confidence that Wade will do a great job with our amazing staff and team we have here at Stockman Bank," comments Kallevig. "With his experience here in Sidney along with background and positive leadership skills, he is and will be a great asset for our team and the MonDak area for many years to come. Plus, growing up in eastern Montana, Wade knows and understands the unique lifestyle and traditions we enjoy"

Whiteman, an Eastern Montana native raised in Richey and a Montana State Alum, has been with Stockman Bank since 2010. Whiteman has been actively involved in the community serving with the Richland County Conservation District, HealthWorks Board and MonDak Ag Days Committee.

Miles City rancher and businessman Wm. Nefsy established Stockman Bank in 1953. Still headquartered in Miles City, the company continues to grow with 36 full-service banking locations throughout Montana. Stockman Bank has been committed to their customers for over 65 years and looks forward to continuing the Community Banking visions they were founded upon.