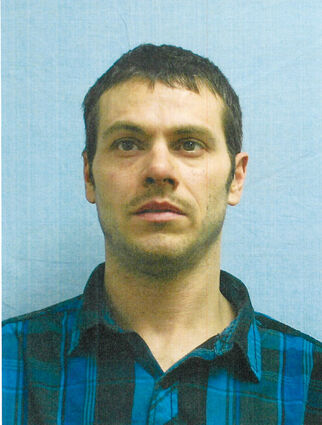 (Updated March 24, 2021): The victim was flown to Billings, treated and released. Additional medical treatment may be required at a later date.

At this time the suspect has not been located and his information has been sent out to surrounding states and all of Montana.

(Original Story): On March 20 at about 2:40 a.m., Richland County Law Enforcement was advised of a 38-year-old male being treated at Sidney Health Center for gunshot injuries. It was learned at the hospital by speaking with the victim, that the incident occurred at a residence near County Roads 350 and 126 north of Sidney, during an argument between the victim and another male in the outside area of the residence with other witnesses present. The victim, who received serious injuries, but it is not believed to be life threatening, was transported to another treatment facility by air ambulance. With the information developed by speaking with the victim and a witness the Richland County Sheriff's Office secured the area and after applying and receiving a search warrant the residence and outer area of the property were searched on the early morning hours of March 20 by the Sheriff's Office. The suspect was not found at the area of the search and it is believed may have left shortly after the incident had occurred.

With the information received during the investigation the Sheriff's Office applied and received an arrest warrant for 31-year-old, Johnathan Carl Lee James, charging him with aggravated assault and assault with a weapon. It is believed that he may have left in a 2012 silver-colored Chevrolet Silverado pickup with unknown plates. The pickup was described to be a 4 door, lifted with big tires, and painted black stripes. A 25-year-old witness by the name of Rachelle Marie Burgess is believed to have left in the vehicle with the suspect. Burgess has prior misdemeanor warrants for her arrest currently. There is no information currently the suspect is a threat to the public, the firearm believed to have been used was found during the search of the property. Due to the seriousness of this crime, do not approach this suspect if you have information or have contact with him or the witness please contact the Richland County Sheriff's Office or your local law enforcement.

Sheriff John Dynneson would like to thank the Montana Highway Patrol and Sidney Police Department for their assistance in the investigation into this matter.