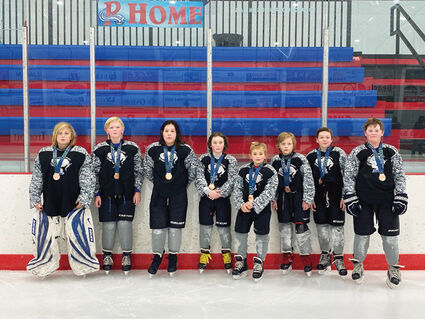 Eight of the Richland Rangers Squirts playing at the Big Sky state games as Sidney Storm were able to go 4 and 2 this past weekend. Sidney Storm played 3 games Saturday morning, March 20, with 2 wins (17 to 9 over the Dickinson Kings, 11 to 4 over the Billings Gladiators) and one loss (7 to 11 against Roughnecks White) moving them to bracket play ranked 2nd in pool A. The games continued Saturday night and Sunday morning with a win over the Ice Dawgs of 10 to 3, but a loss to Roughnecks Black of 3 to 9, which sent them to the consolation game Sunday morning against Dickinson Kings. Sidney Storm landed a victory of 9 to 6 over the Kings that resulted in Sidney Storm placing 3rd in the tournament! 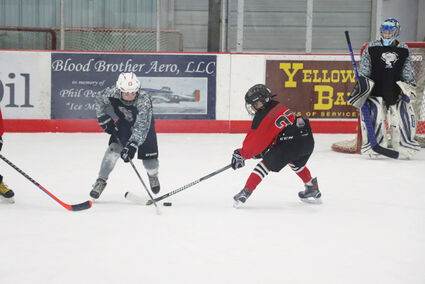