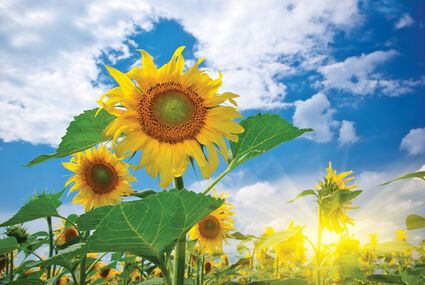 This checkoff means that growers can voluntarily have 0.5% taken off their sale price when they sell their crop and that half a percent will be used to benefit the overall production of oilseed crops and growers.

If this checkoff is passed, then the Montana Oilseed Advisory Committee will help advise the Montana Department of Agriculture on how to invest those funds for market development, research, and education.

In order to be passed, the Committee will need to receive several ballots supporting this checkoff by Friday, April 16.

"The Oilseed Committee can take those funds and decide how to spend them to support oilseed production in Montana. For example, we can choose to send them to research projects that would help the growers better understand how to grow the crops, send them to market development projects to help find local processing options or help start local processing options to encourage different uses for the crops, and then also education to make sure that whatever we're doing is getting back to the producers," said Jeannie Rude, PRO Co-op Ag Center Agronomist and Montana Oilseed Committee member.

The committee decided to include canola, camelina, flaxseed, mustard, safflower, soybeans, and sunflower crops because they are the seven largest acreage oilseed crops in the state.

According to the National Agricultural Statistics Service, Montana oil crops added over $54 million in value to the U.S. economy in 2019 and Montana ranks second in the nation for production of canola, flaxseed, and safflower.

Rude explained that the crops included in this checkoff are a broad group because they represent both dryland and irrigated growers. She said, "Montana growers are typically involved in more than one of these crops. If a grower is interested in oilseeds, they are probably producing more than one of these, and so it kind of made sense to lump these seven crops together rather than pursuing seven different checkoffs."

Rude believes that checkoffs provide an immense number of benefits to producers. She said, "You have to look at other checkoffs just to see how valuable they are to growers. Fourty four percent of the wheat and barley checkoff goes into research and 28% of it goes to market development. The research of the wheat and barley checkoff goes into everything from variety trials to how to fertilize wheat/barley crops to get better yields. Montana varieties that are developed in Montana by MSU scientists are funded by the wheat barley checkoff."

Rude is involved with the oilseed checkoff because she sees the benefit of other crops that have checkoffs and believes that there are opportunities with the oilseed crops both in research and market development. She said, "If growers believe in the role of the checkoff, but are pretty busy getting ready to seed, then I can't argue much with that, but we really need them to mail the ballots back if they support this checkoff."