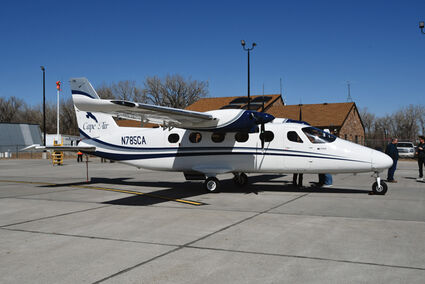 Cape Air presented their new Tecnam P2012 Traveller planes to the public at the Sidney-Richland Municipal Airport on April 7. The new planes will replace the airline's current fleet of Cessna 402s. The first commercial flight from the Sidney Airport took place April 9. The company currently has three of the new planes in service in Montana with two more entering service this week. Eventually all eight planes in the Montana fleet will be replaced with the new Tecnam P2012 Traveller. The older Cessna 402s will remain on hand as backups making Cape Air's service even more reliable in the future.