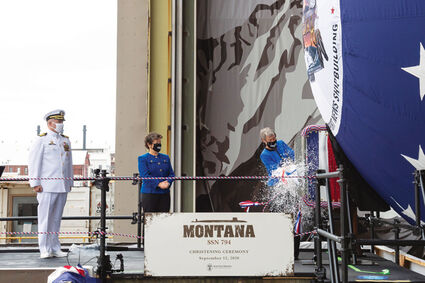 One of the most advanced and high-tech warships in the U.S. Navy fleet, USS Montana (SSN 794), is scheduled to be accepted and commissioned into the fleet during the first quarter of 2022 in Newport News, VA.

This Virginia Class nuclear-powered fast attack submarine will honor the US State of Montana - it is the first Navy vessel to be named after Montana since 1908. It was christened on Sept. 12, 2020.

The USS Montana is capable of many missions - it will have the ability to operate in shallow waters and close to shore. It will be extremely lethal as it is exceptionally quiet, has the latest silencing technology, and has tomahawk land-attack cruise missiles, which can travel probably 1,000 miles or more to attack land targets. It also has a lockout chamber, which will allow Navy Seals to exit and reenter the submarine without having to do so on the surface.

Montana is best represented in the submarine's bell - it is an Oro y Plata and a replica of the bell that was in the first USS Montana (an armored cruiser that was commissioned in 1908). The bell has the emblem of the new USS Montana and melted into the bell are gold and silver dolphin pins that are worn by officers and enlisted sailors.

There are also elements of real Montana gold and silver that are in the bell.

"The bell makes the connection perfectly with the state motto and much of our history and culture as the treasure state. The bell will be taken around the state over the next year and will be shown to people," said Bill Whitsitt, USS Montana Committee Chairman.

The USS Montana Committee is a nonprofit corporation consisting of members and donors who support the commissioning and crew of SSN 794. The committee is a private-sector nonprofit organization created to support the submarine crew and its commissioning and provide a relationship with Montana and the service life of the vessel so that the young sailors know that they have support.

Whitsitt is excited to see the support and love that Montanans have already shown to the young sailors that will be on the USS Montana.

"We had the commanding officer and the crew several times to the state and they have been wonderfully amazed at the support that Montanans are giving to them," said Whitsitt.

A group of ladies in Bigfork, MT have been busy making handmade heirloom baby quilts for every newborn of a crew member.  Several Montana companies and donors have also been helping fund the committee's nonprofit work in support of the submarine and its crew. 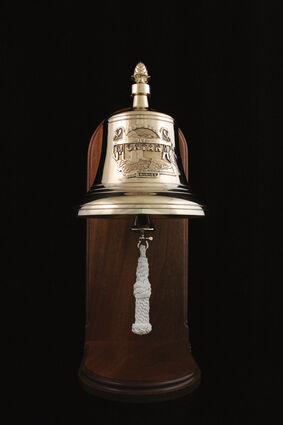 There are more than 130 sailors assigned to vessels that are undergoing intense training in areas ranging from "piloting" the leading-edge warship, to weapons systems, to operating and maintaining the many other systems that are critical to sustaining the fighting ability and crew of USS Montana.

Following commissioning, the USS Montana is expected to serve the United States with a range of missions around the world for more than three decades. For more information on the USS Montana and the USS Montana Committee, check out its website at http://www.ussmontanacommittee.us.