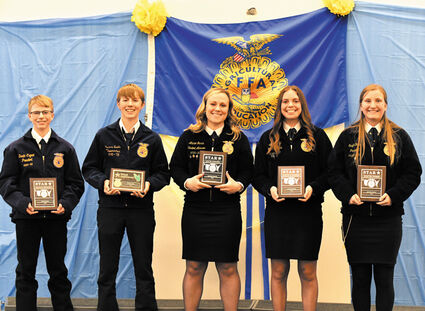 The Watford City FFA Chapter was excited to host our annual Awards Banquet on Monday, April 12. We had 30 members in attendance and over 100 guests total! The Keene Lutheran Ladies served a great meal and we were able to recognize our members for their hard year of work. The students took the opportunity to recognize some of the amazing supporters who help make it all possible. Three Certificates of Appreciation were awarded to: Laura Dahl, Tammy Evanson, and Bridgett Ryberg. Three new members were inducted into honorary membership of the Watford City FFA Chapter - Nancy Deutsch, Monique Wisness, and The Fraternal Brotherhood of the Eagles #3543.

The following student awards were presented on Monday:

We have some great members with some outstanding projects. The following proficiency awards were presented this year in recognition of the student's Supervised Agricultural Experience projects: 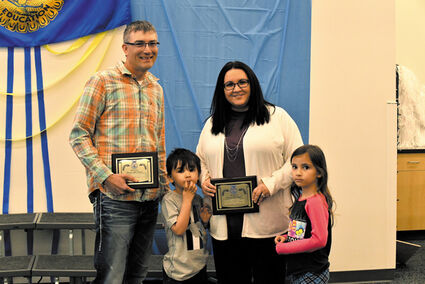 We are sad to see our retiring seniors off but are excited for the journeys they are about to begin. Please help us in thanking our retiring officers (R), and welcoming in our newly inducted (NI) Watford City FFA Officers:

The FFA Chapter would like to thank the community for once again showing such support to our FFA program this year!