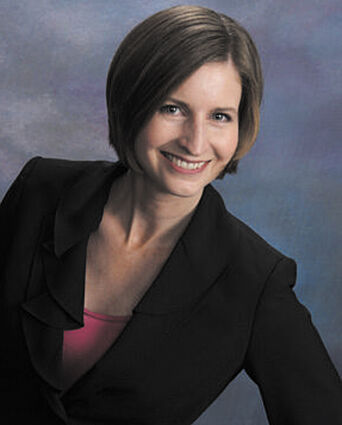 Three local associations are hosting an informational meeting to learn about the Biden Administration's 30 x 30 program and how it may impact landowners in northeastern Montana. The meeting takes place at 6 p.m., June 2 at Richland County Events Center and the public is invited.

On Jan. 27, 2021, the President signed an executive order entitled "Tackling the Climate Crisis at Home and Abroad," (E.O. 14008) which included a provision directing the conservation of 30% of America's lands and oceans by 2030. Very few details have been released to the public by the Administration leaving open the questions of how it defines "conserve," what land restrictions will qualify, and how it intends to implement the program?

Executive Director Margaret Byfield, from the property rights organization American Stewards of Liberty based in Texas, will explain the 30 x 30 agenda, from its roots in the radical environmental community, to how the new Administration is already working to implement the program, and what the Administration's new report reveals about the agenda.

She will also provide direction on what steps Counties and Special Districts can take to help protect the local economy fueled by the natural resource use industries.

"The Administration seeks to conserve 681 million acres but has not released to the public what this means for landowners," commented Jim Steinbeisser, Montana Stockgrowers president. "It is critical that we understand this program so we can protect our lands from further restrictions that impact our use and access."

Counties across the nation have been passing resolutions opposing the program and over 70 U.S. Congressional Representatives have signed opposition letters demanding transparency from the Administration. This has been followed up with the filing of the "30 x 30 Termination Act" in the U.S. House of Representatives.

Additionally, 15 governors have signed a letter opposing the program noticing the Administration that they will be guarding against federal overreach that impacts the states or citizen's property rights.

"It is critical that landowners understand how this program may be implemented in their area," commented Byfield. "Even though Congress has not authorized the 30 x 30 program, the Administration is using existing laws to reach their 30% conservation goal, and they are moving quickly."

County Commissioners, Special Districts Directors, landowners, hunters, and recreationists are all encouraged to attend to learn more and take the necessary steps to ensure land use is determined at the local level, not in Washington, D.C.

Margaret Byfield serves as American Stewards of Liberty executive director, a private property rights organization Founded in 1992. American Stewards works directly with local communities to help protect the continued use of the natural resources – the production of food, fiber and energy and access to the land.

Byfield is a natural resource policy expert. She was raised on a large cow calf operation in Central Nevada, which became subject of the landmark takings case, Hage v. United States. Being thrust into the property rights issues at a young age, she continues to fight for landowners across the nation. She writes the Liberty Matters News Service along with her husband, Dan Byfield, American Stewards CEO.

For more information go to http://www.americanstewards.us.