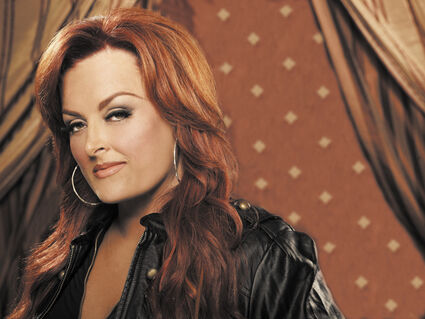 This year the annual Best of the West Ribfest and Street Fair is bringing Wynonna Judd to Watford City. Parmalee was originally scheduled to perform at the Ribfest but recently cancelled. The free concert will be held at 6 p.m., Friday, Aug.13 on Main Street, Watford City.

"She is the greatest female country singer since Patsy Cline," according to Rolling Stone Magazine.

To date, Wynonna has sold over 30-million albums worldwide and is one of the most widely recognized and awarded female country singers of the 1990s. According to tasteofcountry.com, she rose to fame in the 1980s with her mother, Naomi, in the country music duo "The Judds." The group received over 60 industry awards, with countless charting singles, including 20 No.1 hits such as "Mama He's Crazy," "Why Not me," and "Grandpa, (Tell Me 'Bout The Good Ole Days)."

Since 1991, Wynonna pursued her solo career, where she released eight studio albums, a live album, a holiday album, and two compilation albums, in addition to more than 20 singles. Her first three singles were "She Is His Only Need", "I Saw the Light," and "No One Else on Earth". All three reached number one on the US country singles charts consecutively, and "To Be Loved by You" also hit number one in 1996, her fourth number one and top ten hit.

In 1999, Wynonna decided to reunite with her mother for a tour beginning on New Year's Eve. A month later, Wynonna released her fifth solo album, New Day Dawning. This album, the first of her career that Wynonna co-produced, included a four-song bonus disc entitled Big Bang Boogie composed of four new Judd's songs.

Wynonna's most recent recording was Wynonna & the Big Noise, released on Feb. 12, 2016, and she released the single "Cool Ya'" that same month. In Oct. 2020, Wynonna released a new extended play titled 'Recollections' via Anti Records.

There will be tons of food, music and fun at the event - for more information on the Ribfest, check out their Facebook page: Best of the West Ribfest and Street Fair.