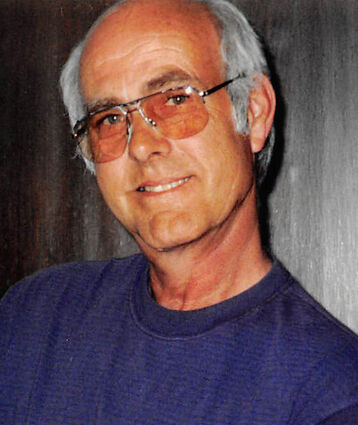 Funeral services for Michael "Mike" Qualley, 73 of Sidney are at 2:00 P.M., Monday, July 5, 2021, at the Sidney Lutheran Brethren Church in Sidney with Pastor Mike Hussey officiating. Interment will be in the Sidney Cemetery, Sidney, MT under the care of Fulkerson-Stevenson Funeral Home of Sidney. The family service will be on Monday, July 5, 2021, at 10 AM at the church and visitation will start after the family service. Remembrances, condolences and pictures may be shared with the family at http://www.fulkersons.com.

Michael Ray was born on February 19, 1948, in Billings, MT to Ray and Olive (Burgess) Qualley. He grew up and attended schools in Lambert and Sidney area. After graduation from Sidney High School, Michael attended college in Glendive until babies made getting a job a necessary thing. He worked on the family farm, most of his life, both in elementary school as well as high school and throughout his adult life until his dad made the decision to put the farm into the CRP program.

He married Rosie Miller in 1969, this union produced his three boys, Jeff, Tom, and Cameron. In the winters, Mike drove truck for many years for Transystems and Helena Chemical until retiring due to health issues. Mike married Christine "Chris" Schieffer Mocko on February 14, 1998. After their marriage they lived in Sidney, MT.

Michael was not perfect, but he was a kind and honest person. He always said that he didn't have the memory to remember lies, so the truth was easier, to a fault sometimes. Michael didn't like to travel very much but when he did, it was to a hot springs, which he loved. His favorite was Bozeman Hot Springs. He also liked Yellowstone National Park.

Michael had two collections that he was passionate about. His first was his pen collection. You had to be careful if you had a pen with advertising on it. He would try to get if from you. Not steal it! Talk you out of it. Michael would not let you use it until the ink was gone because you might wear off the lettering. His second passion was coins. Although he did not know anything about collecting coins, he would see coins that he thought were pretty, unique, or special in some way and he would get them. He would sit for hours with his magnifying glass and look at them. Even when he was basically confined to his bed, he would ask to have his coins brought to him and he would enjoy looking at them. Eventually it got to the point that even with his magnifier; he had a hard time seeing them, but he would still try.

Michael suffered a stroke in March of 2019 which left him without the use of his right side and most of his ability to talk clearly. After convalescing in Sidney and Minot he came back home and was cared for by his wife and a close family friend, Ashley Jackling.

One of his favorite things to do was to go to Dairy Queen and get a Root Beer Freeze. Even after his stoke, we would go get him a small one and Cindy would always have us tell him that she made it with love. He would get the biggest smile on his face when he heard that.

He enjoyed his visits with Pastor Mike and really appreciated him bringing Holy Communion to him at home since he couldn't get to church. He liked playing his Christian music videos and CD's with him. They had a special relationship and that will be remembered for a long time by Michael's family.

Michael loved his Savior, Jesus Christ. He would listen to the Bible (because he didn't like to read), cry sometimes listening to gospel music and would say that he wanted to go home to be with Jesus, his Savior.

His last years were very difficult for him and for those that cared for and loved him. He would try to participate in events held at the house like Christmas, Easter, and such. He had difficulty sitting up for any length of time, but Chris' kids and grandkids made a point of including him and understanding his inability to speak clearly. His smile, for a hug from the little ones, was beautiful to see.

Michael "Mike" passed away early Saturday morning, June 26, 2021, at his home in Sidney, MT, just like he wanted to, with his wife, stepson Ryan, his special caregiver Ashley in attendance. He passed peacefully. He is no longer in pain, but instead rests in Paradise with his King!

He was preceded in death by his parents; brothers-in-law, Rob Michels and Wes Black; grandparents; aunts; uncle and cousin, Bruce Qualley.