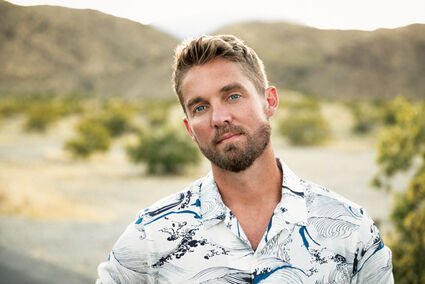 Brett Young's sophomore album "Ticket To L.A." hit #1 on the Billboard Country Albums chart upon its Dec. 2018 release. The album follows his colossal 2017 self-titled debut, which dominated the Top 20 on the Country Albums chart for 37 weeks and quickly reached RIAA PLATINUM certification. Delivering four consecutive No. 1 PLATINUM-certified hits, Young was recently named ASCAP's 2018 Country Songwriter-Artist of the Year for his "melodic craftsmanship" (Billboard), and his 3X PLATINUM smash hit "In Case You Didn't Know" was bestowed with the top honor at the BMI Country Awards as their Song of the Year. Young has also garnered nominations from ACM, Billboard, Teen Choice, CMT and CMA Awards as he continues to rack up nonstop hits as "one of country music's most reliable new hitmakers" (Tennessean). Along with the industry successes, his relationship with fans found Young selling out every stop on his debut headlining Caliville Tour and earning new followers on the road with Thomas Rhett's Life Changes Tour. Young is set to join Kelsea Ballerini in 2019 on the Miss Me More Tour. For additional information, visit brettyoungmusic.com.

Howard and David continue to prove that the trail they've ridden to fame has been as unique as their music itself-music that is now celebrating over 40 years of success.

The road that started on the pop music charts in the '70s, took a winding turn into country music in the '80s, paving the way for duos to come, such as Brooks & Dunn, Montgomery Gentry, Big & Rich and previously-The Judds. But before the road forked into country, the musical odyssey of brothers Bellamy started creatively smoldering in their home state of Florida, before exploding nationally amidst the '70s pop music culture of L.A.

The brothers first official gig was in 1968, playing a free show with their father at the Rattlesnake Roundup, San Antonio, FL.

Their first break came in the form of the hit, "Spiders & Snakes", written by David and recorded by Jim Stafford. The song became a smash, eventually selling more than three million units worldwide.

Now known by their music and the company they were keeping, The Bellamys officially lifted off the launch pad in 1976 when their single, "Let Your Love Flow," became an instant smash in both the U.S. and Europe. In Germany alone it perched at No. 1 for more than two months.

By the late '70s, The Bellamys were emerging on the country charts with another bona fide smash. "If I Said You Had A Beautiful Body (Would You Hold It Against Me)", originally scrawled on a dinner napkin by David, rocketed them to the top of the country charts the way "Let Your Love Flow", had done in the pop market. It proved to be the first of a string of 14 No. 1 singles in the U.S. alone.

Along the way, Howard and David created a patent on the newly cool "duo" category in country music. In the era of the 2000s, The Bellamy Brothers hold the record in both the Academy of Country Music (ACM) and the Country Music Association Awards (CMA) for the most duo nominations. Howard and David continue to perform and film TV specials in Europe and around the world. 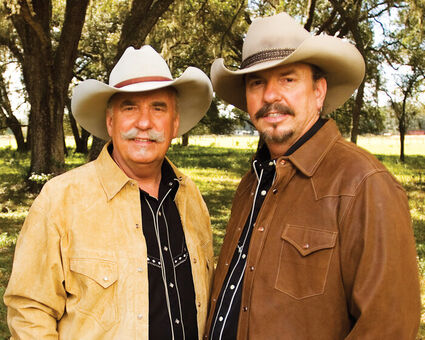 The Bellamys are opening up their lives to television audiences with their hit reality show "Honky Tonk Ranch", The show was originally broadcast on "The Cowboy Channel" (a subsidy of RFD-TV) and streamed around the world. Season two of "Honky Tonk Ranch" airs now on Thursday evenings at 8:30 p.m. ET on the Circle Network and will also be available for worldwide streaming in the very near future.

The Bellamy Brothers celebrated their 40th anniversary with the release of a two-CD collection, 40 years, an ambitious project containing 20 of their biggest hits and 20 brand-new songs. In 2019, the Bellamys released "Over the Moon" as well as their first book "Let Your Love Flow – the Life and Times of The Bellamy Brothers". Their most recent project, "Bucket List", debuted in July 2020 with "Rednecks (Lookin' for Paychecks)", leading the EP. Bucket List also includes "No Country Music For Old Men," a collaboration with longtime friend John Anderson inspired by the loss of Kenny Rogers.