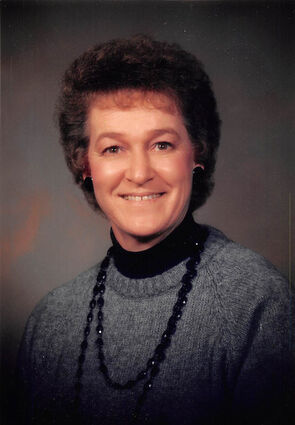 Visitation for Gail M. Christensen will be held Friday, September 24, 2021 from 10 a.m. to 6 p.m. at Fulkerson-Stevenson Memorial Chapel in Sidney. Funeral services will be held Saturday, September 25, 2021 at 2 p.m. at People's Congregational Church in Sidney with Pastor Susan Watterson officiating. Remembrances, condolences and pictures may be shared with the family at http://www.fulkersons.com.

Gail Marcia Christensen was born on July 22, 1943, in Sidney, Montana to Victor and Anna (Zimmerle) Bostrom she was the 3rd child of 6 children. Gail grew up in the Sidney area, attending the Hardy Country School and Sidney High School. She was united in marriage to William (Bill) Christensen in 1961 and to this union was born 2 children, Cindy Gail and Bryan William. Gail and Bill were divorced in 1974.

Gail began her working career for the Safeway in the bakery department. She moved to the Richland County Assessor Office and eventually became the County Assessor, retiring in 2007. She was a member of the Elks, the VFW Women's Auxiliary, Peoples Congregational Church, and a lifetime member of the Ladies of the Moose.

Gail was an avid volunteer sharing her baking abilities with these organizations and the community. Gail enjoyed being active in the community, cooking, gardening, and spending time with her family. She had a love for collecting owls, coffee cups, and all kinds of jewelry.

After several years of failing health, Gail moved to the Sidney Health Center Extended Care in June 2021, where she passed away early in the morning on September 20, 2021.