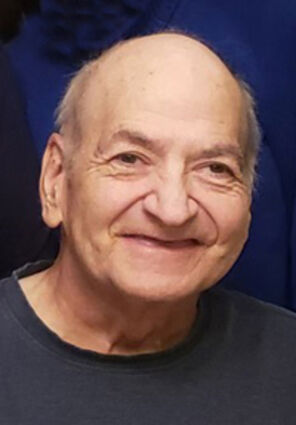 Memorial services for Gary L. Schmoll, 70 of Sidney are at Carpenters Church, in Sidney, MT, 10:00AM Friday December 3, 2021, with Gloria Buxbaum officiating. Inurnment will be in the Sidney Cemetery, Sidney, MT. Remembrances, condolences and pictures may be shared with the family at http://www.fulkersons.com.

Gary Schmoll, 70, of Sidney, passed away on November 16, 2021, at Sidney Extended Care after his long battle with cancer.

Gary was born in Sidney, Montana, to Phillip and Etha Schmoll on July 2, 1951. He graduated from Sidney High School in 1970. He worked as a Watchman for Holly Sugars /Sidney Sugars for 40 + years. One can only guess how many sugar beet trucks Gary checked through the gates over the years.

Gary was a religious man with a strong Christian faith and was an active member of Carpenter's Church. Gary was knowledgeable of the Bible, and it was not uncommon for him to quote verses. We imagine Gary is chatting with everyone he knows in heaven.

Gary spent his free time reading, going to the library, watching movies, and listening to Christian music. He enjoyed watching DVDs and the History Channel. Gary could be seen riding his bicycle and walking around town. Dairy Queen was one of his many favorite stops for his afternoon Pepsi break. Gary was friendly with everyone he met.

Gary fought cancer for the last four years with endurance and a positive attitude. His strength and strong will helped him overcome obstacles when many would have given up.

Gary was well known at Crestwood Apartments for six years until he entered Extended Care in January 2021.

The family of Gary Schmoll wishes to extend our sincere thanks to Dr. Peterson and staff of the Sidney Cancer Center, Staff of Home Health, and Extended Care.