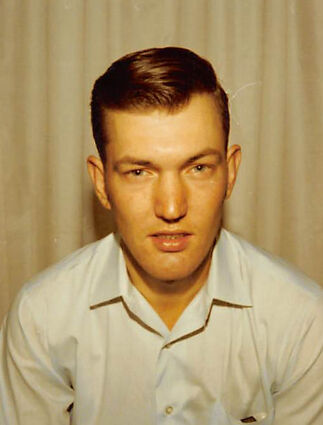 Jerry passed away on Monday, December 6, 2021 at the Extended Care in Sidney, MT. Fulkerson Stevenson Funeral Home of Sidney is caring for the family. Remembrances, condolences and pictures may be shared with the family at http://www.fulkersons.com. No services are being planned for Jerry at this time.

Gerald E. "Jerry" Larsen was born to Nels P. and Clara (Odegard) Larsen JR. on November 23, 1946 in Raymond, WA. They later divorced, and Jerry along with his other brothers and sisters were moved to Williston, ND, where he completed his education.

Jerry joined the Army on April 29, 1965, taking his training at FT. Leonardwood, MO. Jerry reenlisted in the Army on August 21, 1969, where he was stationed in Germany, and became a parachute jumper. He jumped several times and always landing in some trees. He decided jumping wasn't for him. He was honorably discharged on January 27, 1972.

Jerry went to work in the oilfield working on workover rigs. In 1986, Jerry went to work for Holly Sugar, which later became Crystal Sugar. He retired in 2015 due to ill health. Jerry loved to sit on the bank and fish; he also liked to play Bingo. He had a wonderful sense of humor, and a killer smile.

Jerry passed away on Monday, December 6, 2021 at the Extended Care in Sidney, MT.