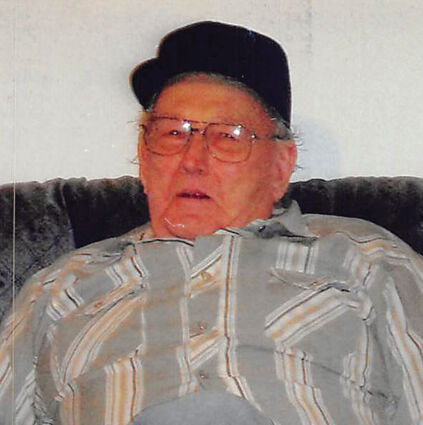 Richard A. Lewis was born March 27, 1931 to Edward and Mary Lewis in Tolley, ND. He grew up in the Tolley area and attended school there.

Richard did various jobs from driving cattle truck to carpentry work. In later years, he drove tender truck for Mon-Kota and Helena, which he loved because he got to visit with all the farmers in the area.

Richard and Mary Ann every year grew a big garden. They always canned corn and tomatoes, and always had enough produce left over for any neighbors that needed anything. Richard love playing cards from pinochle to cribbage. He always knew what cards were in the other person's hand, or led us to believe he did. He really enjoyed playing cards with Sean and drinking coffee with Casey. Richard loved to watch television; his favorites were reruns of MASH and The Golden Girls.

We will miss him dearly.